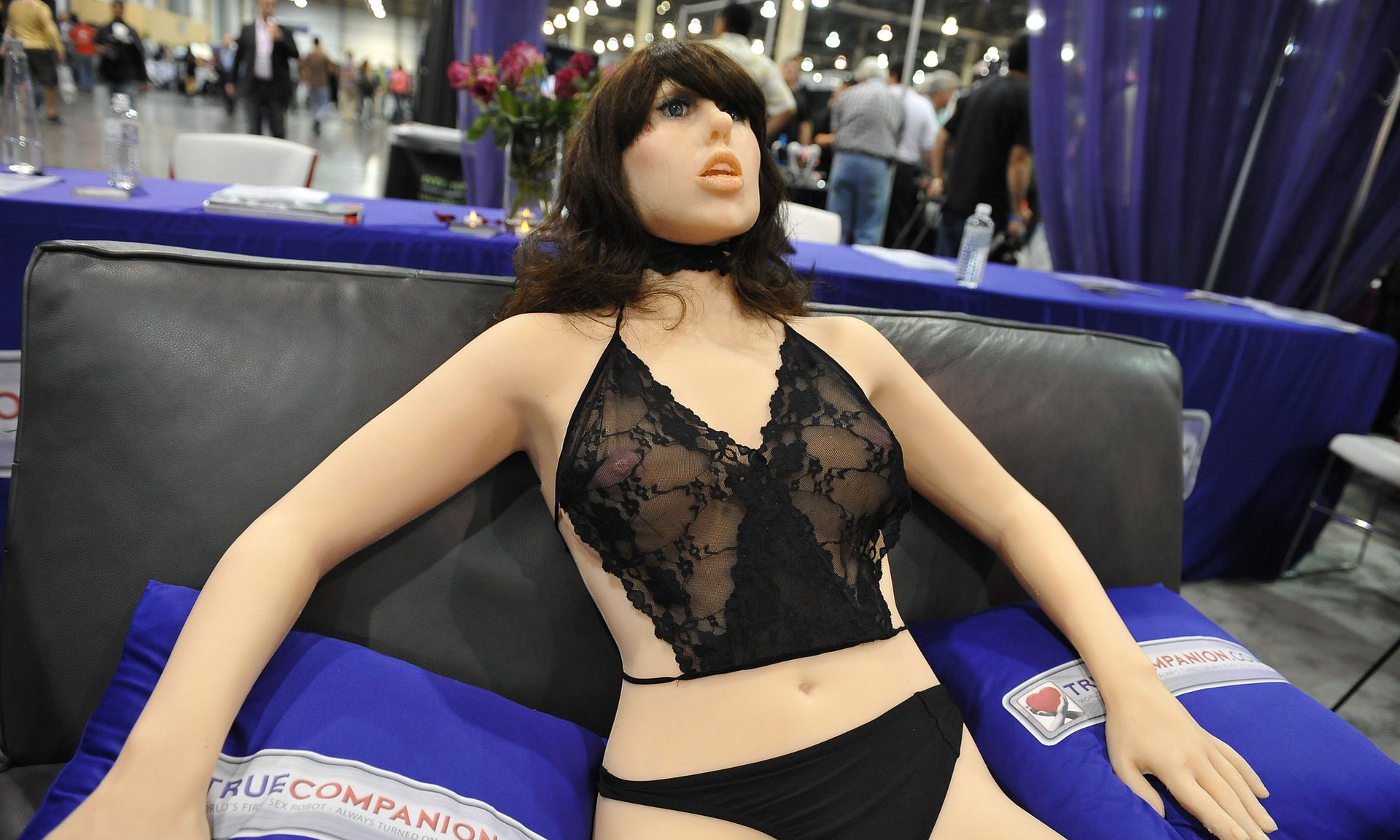 Robots may change the sex industry but could they replace intimacy?

With ‘perfect’ sex robots not far away, experts warn they could lead to ‘ethical and emotional de-skilling’

The fourth industrial revolution promises to unleash all sorts of dark visions upon society: mass unemployment and social unrest from automation, the Internet of Things spying on everything we do, babies gently rocked to sleep by machines.

There will also be sex robots.

As we whittle away our obsolete lives as technology zooms past human capabilities, those unproductive hours should at least be enjoyable, thanks to lifelike androids fitted out for machine-precise sexual proficiency, teledildonics allowing long-distance partners to pleasure each other from across the world, and virtual reality interactions that will make low self-confidence, physical impairment or even the laws of physics no obstacle to realising one’s fantasies.

If anywhere is positioned on the frontline of the march of the sexbots it is Barcelona, home to a love-doll brothel that opened its doors in February only to be shut down by local authorities, in the same city where the engineer Sergi Santos released an android that can be seduced via a gamified system which has drawn criticism for sending men the wrong messages about consent.

Oliver Bendel, ‎the professor of information systems and ethics at the ‎University of Applied Sciences and Arts Northwestern Switzerland, expects “perfect” sex robots capable of reading “every wish from our eyes” in as soon as 20 years’ time.

He says they could come in all shapes and sizes, not just in human form but also “abstract” constructions built purely with function in mind.

The prospect of a boom in self-servicing doesn’t overly worry Norway’s Charles Melvin Ess, the special scientific adviser at Digmex (Digital Media and Existential Issues). “As Woody Allen pointed out long ago, it’s sex with somebody I love,” he says.

Ess does not believe sex robots will genuinely threaten the primacy of human-to-human relationships, owing to our desire to be loved: “I have a hard time imagining how anyone who owns or uses such a device will be able to forget, except perhaps very temporarily (and with the help of a lot of alcohol), that it is ‘just a machine’ and that all the appearance of desire and care is a fake,” he says.

He does concede that ubiquitous use of such devices could lead to an “ethical and emotional de-skilling” from lack of exposure to what Ess describes as the patience, perseverance, empathy and forgiveness required of a real relationship.

“By contrast, sex with a robot that I design and control down to the last detail should be trivially easy – thereby making no demands on me whatsoever,” he says.

Where convincingly humanesque sex robots are decades off, according to most experts, immersive experiences integrated with internet-connected devices are coming along much faster.

One early-phase example is the Kissinger, a mobile phone attachment that transmits accurate replications of people’s kisses online via a lip-shaped device. The creators claim it can be used for internet dating to ascertain someone’s kissing proficiency, help connect long-distance partners, or even allow a remote parent to peck their child on the cheek.

A PhD student who helped develop the device, Emma Yann Zhang, says: “It aims to fill in the missing dimension of touch in traditional digital communication, which largely focuses on verbal and audio information.”

If the intentions of the Kissinger team appear wholesome enough, the full potential of the attachment has not gone unnoticed.

Cristina Portalés of the Institute of Robotics and Information and Communication Technologies at the University of Valencia has been working on a immersive cinema that incorporates robotised platforms, aromatisers, smoke generators, water dispensers, 3D projectors and immersive sound systems.

Originally developed as a driving simulator for motorists, the platform was promoted as a potential sex simulator at the Love and Sex with Robots congress in London last year. Portalés says the Kissinger could be integrated into the system to allow users to kiss AI simulations of their favourite movie stars, for instance.

The futurologist Trudy Barber says for the most part it won’t so much be a case of technology improving sex as it will be sex improving technology. “It is a geek’s heaven to try out these things,” she says.

Barber argues that virtual reality connected with “innie and outie devices” will soon improve to the point that they allow people to live out whatever they wish under the cover of virtual avatars, in a more immersive version of current-day simulators such as Second Life.

“I think for people who have specific problems with identity and self-esteem, it will enable them to play around with ideas of identity,” she says.

Barber warns there are plenty of problems, such as virtual reality experiences involving sexual harassment.

“Then there [is the issue of whether] it is going to be specifically gender-orientated, will it impact on real-time sexual identity, will you be cheating on your partner – the same old questions we’ve been asking about sex since the internet came along,” she says.

Virtual reality pornography is already widespread and sex workers are embracing IoT-connected sex toys to allow clients to interact with them from afar over webcams.

Sharon Jennings, manager of the Sex Industry Network in South Australia, a state where sex work is criminalised, says the technology as it improves will enable people in her industry to navigate “draconian” laws.

“It is quite exciting, the potential – it would also allow sex workers to access clients in remote areas where anonymity is limited,” she says.

“People can increasingly operate as sex workers in their own bedroom and the other people in the house might not have a clue.”

Jennings sees the potential for IoT toys but laughs off the idea that sex robots could prompt a jobs wipeout in her industry. “Seeing sex workers is about more than penetrative sex – clients want to be held and touched,” she says.

“If sex toys could replace human intimacy, I’d have traded my husband in years ago for a Sybian. It would be expensive, sure – but not as expensive as a husband.”