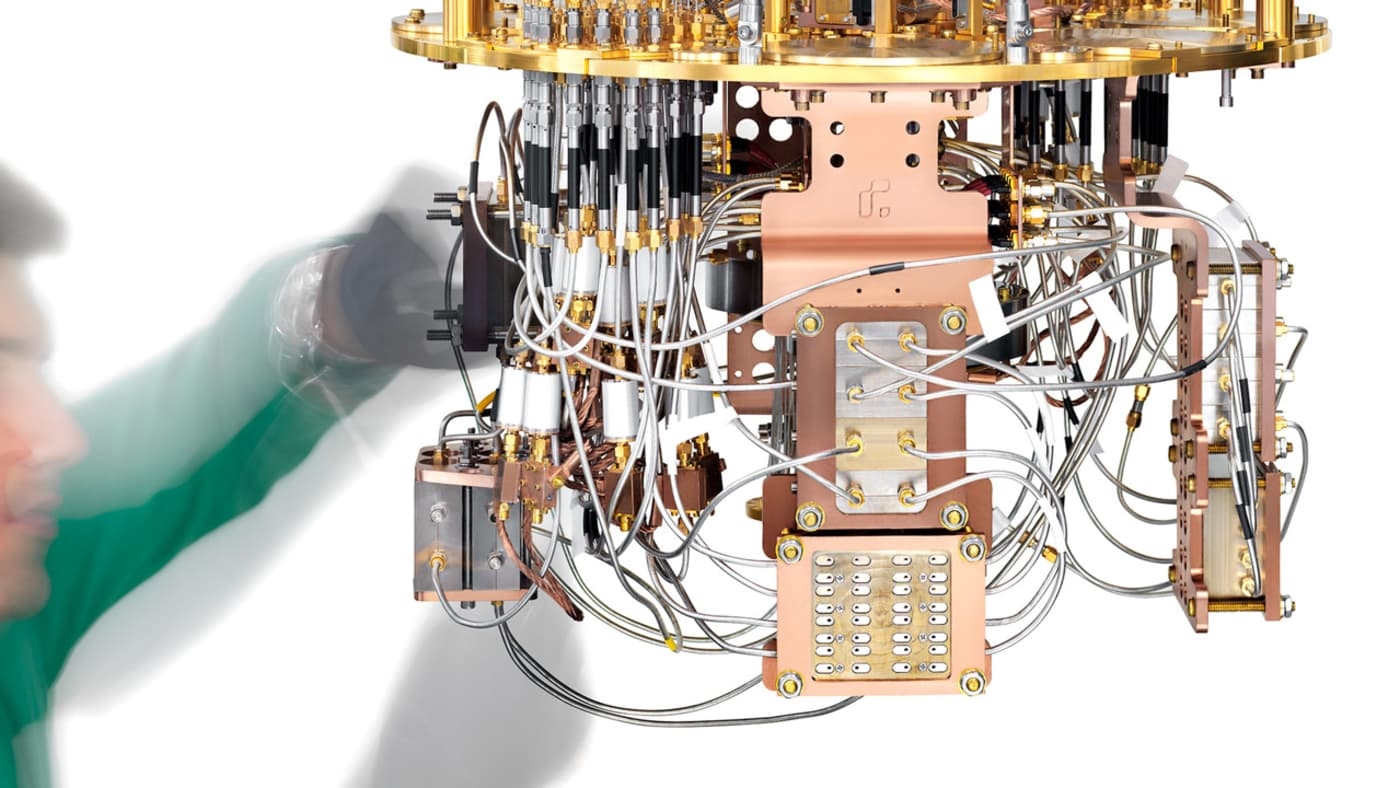 In launching its own online service, the Berkeley-based upstart Rigetti aspires to be the Amazon of cloud-based quantum computing.

Quantum computing–which harnesses the peculiar physics of subatomic scale–long appeared to be a technology of the far future, maybe decades away. But the sci-fi tech is coming to market way sooner than was expected just a few years ago, due to new thinking on how to make use of its still-imperfect capabilities. Along with behemoths like Google and IBM, Berkeley-based company Rigetti is making a bid to grab the market. And it may—at the moment at least—be in the lead.

Today the startup launches a project in the mold of Amazon Web Services (AWS) called Quantum Cloud Services. “What this platform achieves for the very first time is an integrated computing system that is the first quantum cloud services architecture,” says Chad Rigetti, founder and CEO of his namesake company. The dozen initial users Rigetti has announced include biotech and chemistry companies harnessing quantum technology to study complex molecules in order to develop new drugs.

I met the physicist earlier this week to see what a quantum data center looks like. Next to each of several fat white cylinders holding the super-cooled quantum computers are racks of traditional servers–constituting the quantum-classical hybrid systems that are bringing this bizarre physics to market.

The particular operations that the quantum end of the system can do, while still limited and error-prone, are nearly good enough to boost the performance of traditional computers beyond what they could do on their own–a coming milestone called quantum advantage. “My guess is this could happen anytime from six to 36 months out,” says Rigetti.

So-called hybrid algorithms leveraging both systems are able to spot and correct some errors. And even imperfect results from quantum computers can be good enough in many cases, either flat-out exceeding what traditional computer technology can do, or producing results faster or cheaper.

Rigetti has been playing this angle, creating a software development kit called Forest (because it’s an ecosystem, says Chad) that allows programmers to access hybrid systems. Like other companies such as IBM, Rigetti has been allowing developers to access small-scale quantum computers online to essentially start working out how to program for them. The company learned a lot since opening this up in December 2017, says Rigetti. For instance, it originally tried providing just the quantum end of the system from its own data centers, linking it to traditional computers running on AWS. But the lag time between the systems, though minimal, was long enough to limit performance.

Hence the decision to provide all the computing in its own Berkeley data center. Rigetti is now inviting customers to apply for free access to these systems, toward the goal of developing a real-world application that achieves quantum advantage. As an extra incentive, the first to make it wins a $1 million prize. “What we want to do is focus on the commercial utility and applicability of these machines, because ultimately that’s why this company exists,” says Rigetti. (On that promise, the company has raised $119.5 million from investors, including Andreessen Horowitz.)

Some important things have to happen in the meantime, and here’s where a little physics helps explain the challenge. One takeaway from quantum mechanics is that the very act of observing certain things on the subatomic scale affects their properties, such as the spin of an electron or the polarization of a photon. This leads to the bizarre conclusion that subatomic particles exist in all possible states at once until you actually take a measurement, at which point a single state emerges. That has mind-blowing implications for computing.

The classical computers we all use today are based on bits of information: each can have a set value of zero or one. But a quantum bit, or qubit, could be both zero and one at the same time (and sometimes even more simultaneous values). The upshot for computing is that quantum mechanics allows a system to encode and compute problems with a vast multitude of different outcomes–represented by an amalgamation of qubits in all those simultaneous quantum states. Known as optimization problems, these start out really hard and quickly spiral towards impossible with classical digital computers.

A prime example of such problems, and a solid contender for demonstrating quantum advantage: designing new chemicals, such as drugs, by simulating all possible positions of all the elections in all the atoms of a theoretical new molecule. Several of the initial participants that Rigetti announced today are working in such simulated chemistry: Heisenberg, ProteinQure, and Qulab. (Another participant, Entropica Labs, is using quantum computing for genomics analysis.)

Finance provides other optimization problems. For instance: picking the best combination of stocks for an investment portfolio, considering everything that could likely happen to each stock, and all the combinations of everything in, say, a basket of 100. That could solve, or make, a lot of money. Another participant, QxBranch, is developing analytics for a number of fields, including finance. (Quantum-tech giant IBM is working with firms including Barclays and JP Morgan Chase.)

Qubits are very fragile. Rigetti and rivals like Google and IBM use superconducting technology, which requires cooling the systems in those big white cylinders close to absolute zero, then manipulating the qubits using microwaves. Those qubit readings aren’t always accurate.

But even imperfect quantum computing results are still valuable. “There are some problems where you don’t need the exact answer to the last bit,” says industry analyst Doug Finke. “Out of 5 billion possibilities, maybe you don’t get the very best answer, but maybe you get the second best, or the third best answer,” he says. In drug discovery, for instance, quantum computing might provide a solid short list of options to try out in the lab. In finance, it might provide a better portfolio than could otherwise be calculated.

Recognizing the value of good enough results has revolutionized quantum computing. “If you go back five, six years ago, quantum computing was very theoretical,” says Finke. “And people had developed a theory that said, well look, if we can develop quantum computers that have, you know, hundreds of thousands or millions of qubits, we can throw in all this error correction and we could solve this problem of the fact the qubits themselves are pretty unstable.”

But applications that can tolerate errors–and new hybrid algorithms better at spotting mistakes–mean that just a few dozen qubits could be enough to reach quantum advantage in some industries. “I think Rigetti may have a slight lead,” says Finke. “I think they recognized this potential maybe a little bit earlier than other people.”

THE BATTLE OF THE BITS

Rigetti’s chips have 16 qubits each–certainly not enough, but it’s tiling them together into systems with 32, and eventually 128 qubits in the coming year. “We believe quantum advantage is possible when you get above 80 or 100 [qubits],” says Rigetti. His aim is to get people learning to develop applications on its 16-qubit systems now so that they are ready to take advantage of the bigger machines when they come online.

Rigetti does not have the biggest quantum computer today. That honor goes to Google, which has announced a 72-qubit system, according to a scorecard that Doug Finke maintains. (IBM, meanwhile, has a system with 50 qubits, and Intel has one with 49.)

Rigetti’s plan for 128 qubits is the biggest anyone has announced so far, according to Finke. “The issue is, we don’t know what those other guys are shipping next year,” he says. Even harder to ascertain is how well those systems work: Not all qubits are equally accurate. “It turns out that qubit quality is actually even more important than the raw number of cubits,” says Finke.

In true quantum fashion, Rigetti appears to be ahead in bringing technology to market at this moment of observation. But with so many unknowns among the various players and technologies, many different outcomes for the industry all appear to be possible, simultaneously.

Updated: Due to incorrect information provided by Rigetti, this article originally stated a lower amount of funding raised.