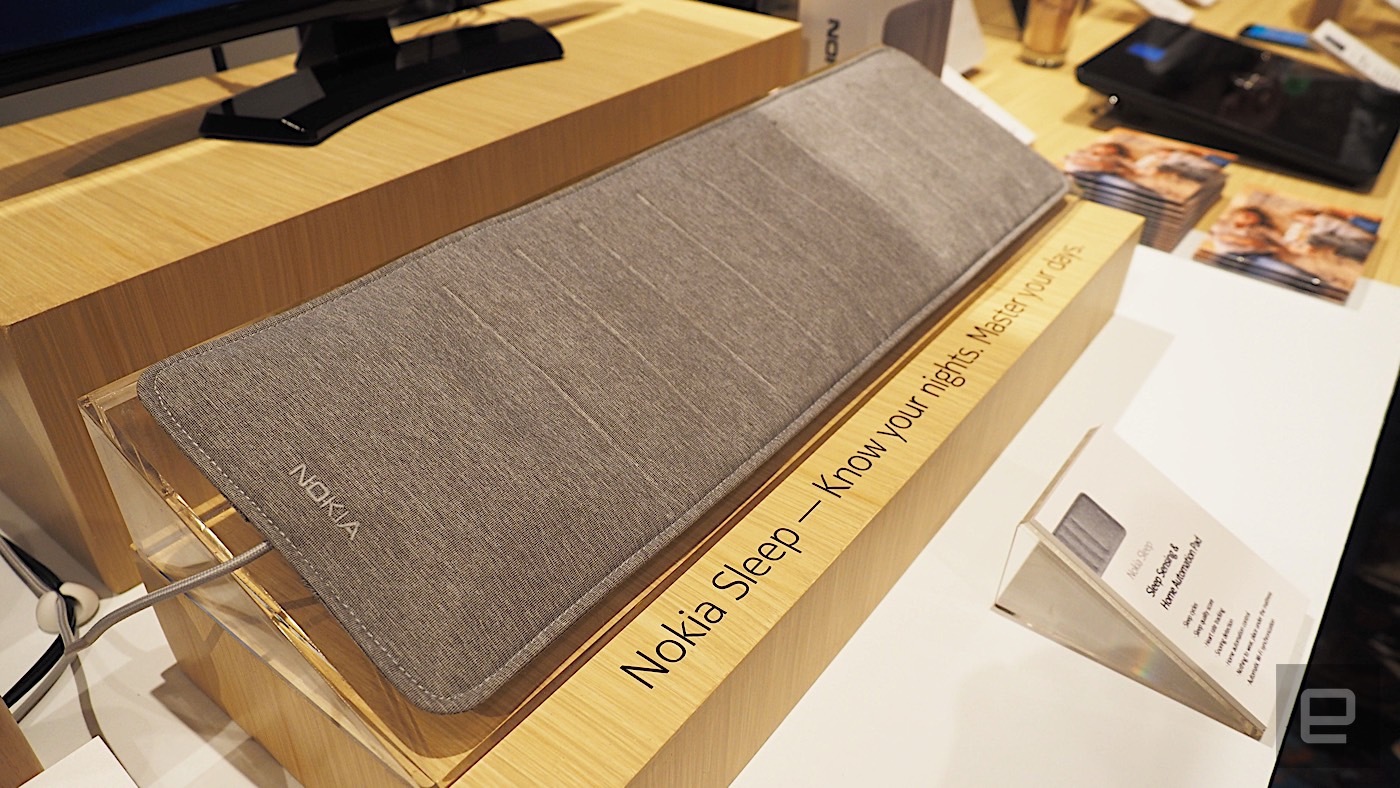 It’ll monitor how well you’re resting, and turn on the heating when you’re about to rise.

Nokia has announced the Nokia Sleep, a bed sensor that sits under your mattress to provide you with data about what you get up to while unconscious. Like many of its rivals, the device will track your sleep duration, interruptions and the quality of the shut-eye you’re getting each night. In addition, the pad integrates with IFTTT, letting you automate your smart home to operate in tandem with your rest periods. If you’re having trouble sleeping, then you will also be entitled to try out an eight-week course on improving your sleep, designed by Dr. Christopher Winter.

Those with long memories will remember that Withings, which Nokia bought in 2016, produced a device that was pretty much this, called the Aura. Back then, the Aura was a combination lamp and bed sensor that worked in tandem to help you get better sleep. The lamp would blast you with red light to help you doze off in the evenings, waking you with whiter and bluer shades the following morning. The bed sensor would then tell the lamp to shut down if it detected you’d zoned out ahead of its program.

One of Aura’s biggest strengths was that it also integrated with Nest, enabling it to turn your home’s heating off when you were safely asleep under a comforter. Unfortunately, the hardware never gained IFTTT integration, although it’s not clear if such a feature was ever considered in its original incarnation. The revamped Nokia Sleep, which is more properly known as the Nokia Sleep and Home Automation Sensor, is intended to right that particular wrong.

It’s going to be very interesting to see if there’s a market for the sensor, shorn of its night-and-day-light simulation lamp. Not to mention that other sleep sensors that offered similar insights — such as the Peter Thiel-backed Sense Hello — have foundered. That won’t deter Nokia, however, which is pushing out the sleep pad at some point in the next few months, priced at $99.95/under £100.