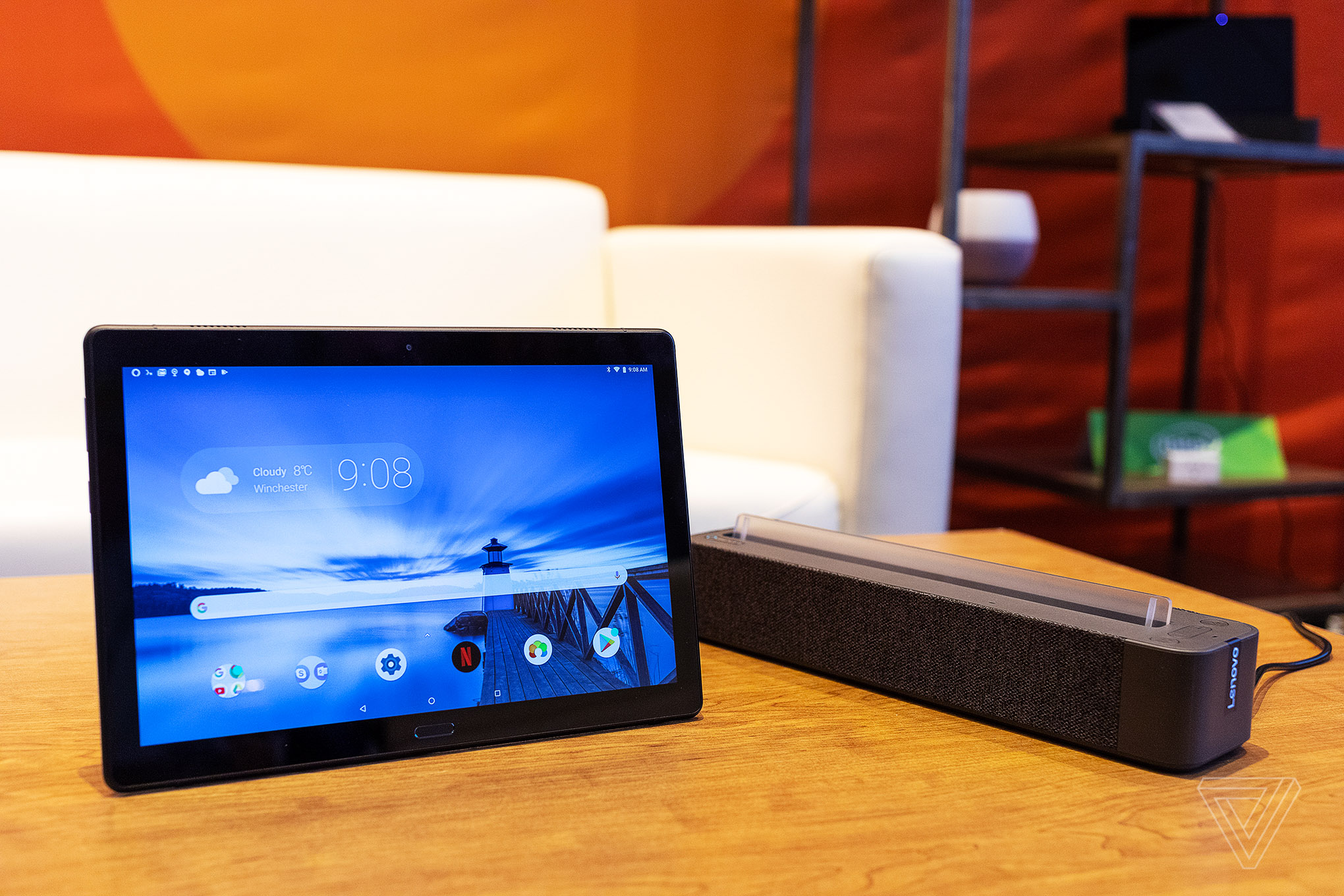 It’s a pretty novel use of a charging station

It seems that we haven’t yet hit the limit on weird and novel implementations of Alexa, as Lenovo just announced what might be the neatest use of a charging station the smart home has to offer. Called Smart Tabs, the new pair of devices are 10-inch tablets with Alexa built in that, when docked into the charging station / smart speaker combo, go into Amazon’s Show Mode. That way, the device can display photo albums, play music, and accept standard Alexa voice requests as if it were an Echo Show.

It’s not entirely clear right now how effective the Smart Tabs will be as standard tablets. Both the M10 and pricier P10 model come packed with a Snapdragon 450 processor and run Android Oreo. That’s a good sign, considering they both could have run Fire OS or just the bare-bones Alexa-first operating system that powers the Echo Show and similar Amazon devices. That said, the Android tablet functionality here seems to be secondary to its ability to dock into the charging station and make use of Show Mode, which is the old Fire tablet display mode that let you turn a tablet into a kind of digital photo album before Amazon repurposed it for its Alexa smart displays.

Again, it looks like the main use case here is as a run-of-the-mill Android tablet that gets most of its utility when docked. That’s when it can become a digital photo album that plays music out of proper speakers and functions as your central Alexa hub for controlling other connected devices or whatever you primarily use Alexa for (timers and asking about the weather, probably). Still, it’s totally signature Lenovo to come up with such a strange Alexa-Android hybrid product that actually looks like it could be super useful for the right kind of consumer.