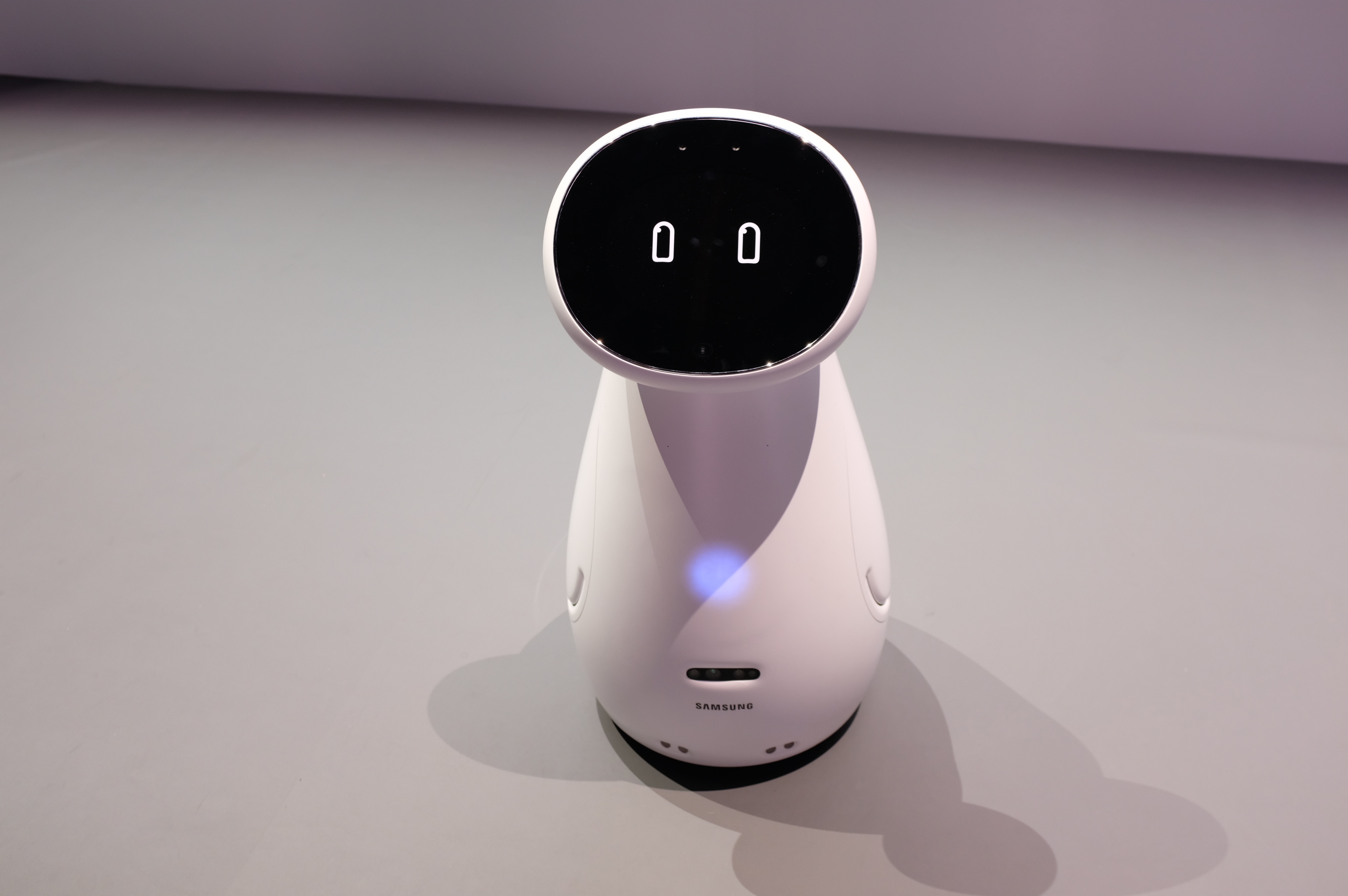 Is Samsung getting serious about robotics?

A funny thing happened at Samsung’s CES press conference. After the PC news, 8K TVs and Bixby-sporting washing machines, the company announced “one more thing,” handing over a few brief moments to announce a robotics division, three new consumer and retail robots and a wearable exoskeleton.

It was a pretty massive reveal in an extremely short space, and, quite frankly, raised far more questions than it answered. Within the broader context of a press conference, it’s often difficult to determine where the hype ends and the serious commitment to a new category begins.

This goes double for a company like Samsung, which has been taking extra care in recent months to demonstrate its commitment to the future, as the mobile industry undergoes its first major slowdown since the birth of the smartphone. It follows a similar play by LG, which has offered a glimpse into its own robotics plans for back to back years, including allowing a ‘bot to copilot this year’s keynote.

We all walked away from the press conference unsure of what to make of it all, with little more to show for things than a brief onstage demo. Naturally, I jumped at the opportunity to spend some quality time with the new robots behind the scenes the following day. There were some caveats, however.

First, the company insisted we watch a kind of in-person orientation, wherein a trio of miced up spokespeople walked us through the new robots. There’s Bot Care, a healthcare robot designed to assist with elder care, which features medication reminders, health briefings and the ability to check vitals with a finger scan. There are also yoga lessons and an emergency system that will dial 911 if a user falls.

There’s also Bot Air, an adorable little trash can-style robot that zooms around monitoring air quality and cleaning it accordingly. Bot Retail rounds out the bunch, with a touchscreen for ordering and trays in the rear for delivering food and other purchases.

The other major caveat was look, but don’t touch. You can get as close as you want, but you can’t interact with the robot beyond that.

The demos were impressive. The robots’ motions are extremely lifelike, with subtle touches that imbue on each a sense of personality rarely seen outside of movie robots like Wall-E. The response time was quick and they showed a wide range of genuinely useful tasks. If the robots are capable of performing as well in person as they do in these brief, choreographed demos, Samsung may have truly cracked the code of personal care and retail robotics.

That, of course, is a big if. Samsung wouldn’t answer the question of how much these demos are being orchestrated behind the scenes, but given how closely the company kept to the script, one suspects we’re largely looking at approximations of how such a human/robot interaction could ultimately play out somewhere down the road. And a Samsung spokesperson I spoke to admitted that everything is very early stages.

Really, it looks to be more akin to a proof of concept. Like, hey, we’re Samsung. We have a lot of money, incredibly smart people and know how to build components better than just about anyone. This is what it would look like if we went all-in on robotics. The company also wouldn’t answer questions regarding how seriously they’re ultimately taking robotics as a category.

You can’t expect to succeed in building incredibly complex AI/robotics/healthcare systems by simply dipping your toe in the water. I would love to see Samsung all-in on this. These sorts of things have the potential to profoundly impact the way we interact with technology, and Samsung is one of a few companies in a prime position to successfully explore this category. But doing so is going to require a true commitment of time, money and human resources.