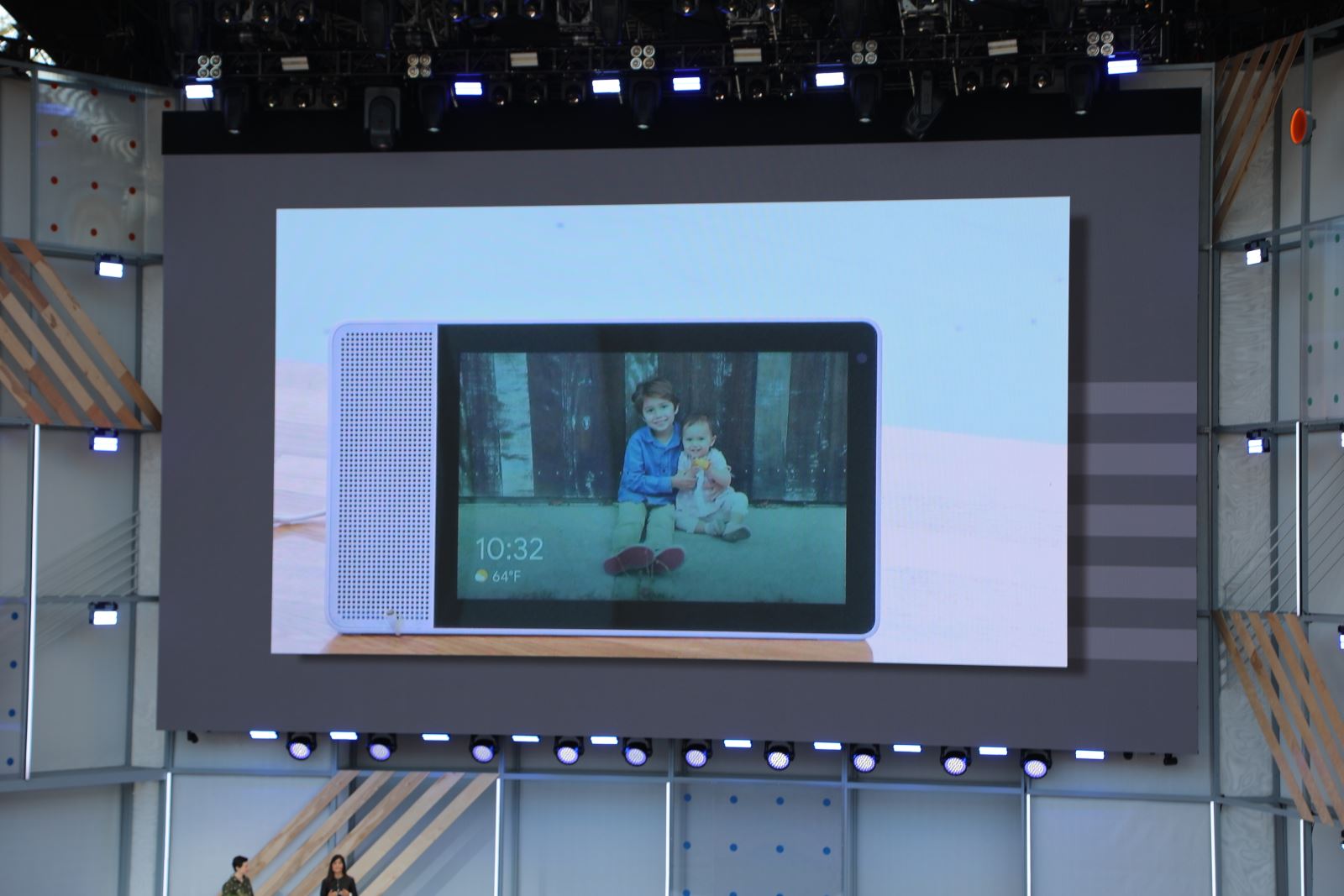 Smart Displays were the talk of Google’s big push at CES this year — but there’s been nary a peep in the intervening months. As expected, we got a little more insight into the company’s Echo Show competitor at today’s big I/O kickoff — though the actual devices are still a few months out, officially launching in July.

The company walked through a demo of Lenovo’s devices, easily the best looking of the bunch. It’s clear that the company’s invested some resources into building a visual-first version of Assistant, justifying the addition of a screen to the experience.

The key to the offering, naturally, is YouTube, which was at the center of a tug of war between Google and Amazon around the Echo Show’s launch. Google notably pulled its video offering from Amazon’s device, with the company now rumored to be working on its own video offering specifically for the product.

Along with Lenovo,  JBL, Lenovo, LG and Sony have all announced plans to get in on the category, offering a much broader selection than Amazon’s first-party Show and Spot offerings.  The new devices will no doubt be on-hand at today’s event. We’ll be taking a deeper dive shortly after the keynote.