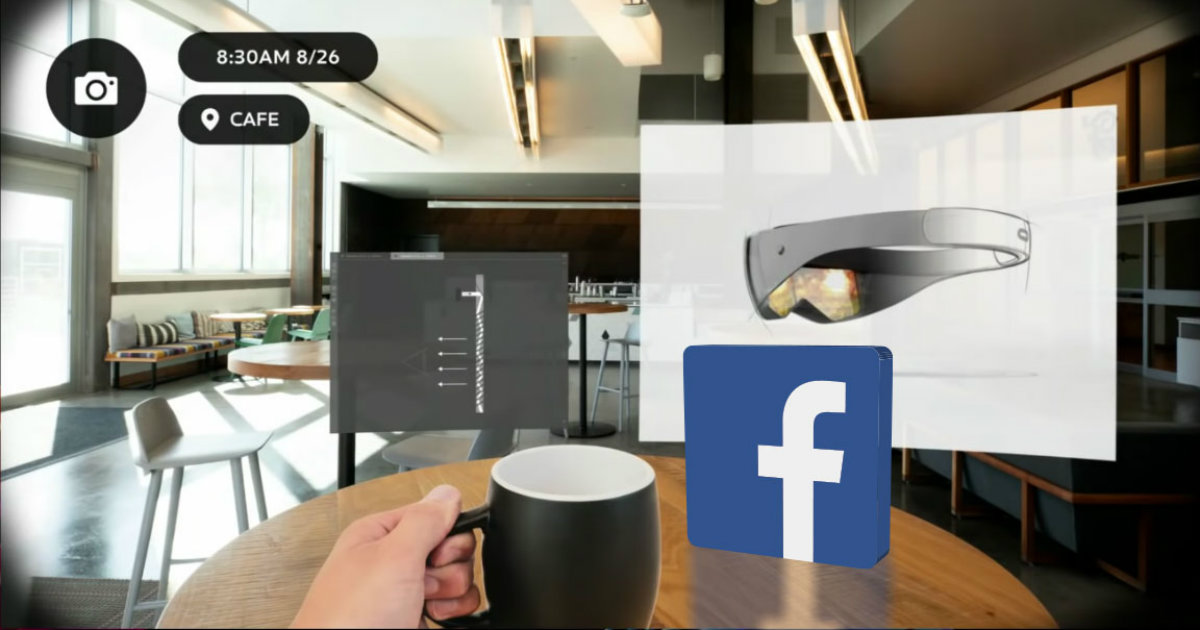 “Yeah! Well of course we’re working on it,” Facebook’s  head of augmented reality Ficus Kirkpatrick told me when I asked him at TechCrunch’s AR/VR event in LA if Facebook was building AR glasses. “We are building hardware products. We’re going forward on this . . . We want to see those glasses come into reality, and I think we want to play our part in helping to bring them there.”

This is the clearest confirmation we’ve received yet from Facebook about its plans for AR glasses. The product could be Facebook’s opportunity to own a mainstream computing device on which its software could run after a decade of being beholden to smartphones built, controlled and taxed by Apple and Google.

This month, Facebook launched its first self-branded gadget out of its Building 8 lab, the Portal smart display, and now it’s revving up hardware efforts. For AR, Kirkpatrick told me, “We have no product to announce right now. But we have a lot of very talented people doing really, really compelling cutting-edge research that we hope plays a part in the future of headsets.”

There’s a war brewing here. AR startups like Magic Leap and Thalmic Labs are starting to release their first headsets and glasses. Microsoft is considered a leader thanks to its early HoloLens product, while Google Glass is still being developed for the enterprise. And Apple has acquired AR hardware developers like Akonia Holographics and Vrvana to accelerate development of its own headsets.

Technological progress and competition seems to have sped up Facebook’s timetable. Back in April 2017, CEO Mark Zuckerberg said, “We all know where we want this to get eventually, we want glasses,” but explained that “we do not have the science or technology today to build the AR glasses that we want. We may in five years, or seven years.” He explained that “We can’t build the AR product that we want today, so building VR is the path to getting to those AR glasses.” The company’s Oculus  division had talked extensively about the potential of AR glasses, yet similarly characterized them as far off.

But a few months later, a Facebook patent application for AR glasses was spotted by Business Insiderthat detailed using “waveguide display with two-dimensional scanner” to project media onto the lenses. Cheddar’s Alex Heath reports that Facebook is working on Project Sequoia that uses projectors to display AR experiences on top of physical objects like a chess board on a table or a person’s likeness on something for teleconferencing. These indicate Facebook was moving past AR research.

Last month, The Information spotted four Facebook job listings seeking engineers with experience building custom AR computer chips to join the Facebook Reality Lab (formerly known as Oculus research). And a week later, Oculus’ Chief Scientist Michael Abrash briefly mentioned amidst a half-hour technical keynote at the company’s VR conference that “No off the shelf display technology is good enough for AR, so we had no choice but to develop a new display system. And that system also has the potential to bring VR to a different level.”

But Kirkpatrick clarified that he sees Facebook’s AR efforts not just as a mixed reality feature of VR headsets. “I don’t think we converge to one single device . . . I don’t think we’re going to end up in a Ready Player One future where everyone is just hanging out in VR all the time,” he tells me. “I think we’re still going to have the lives that we have today where you stay at home and you have maybe an escapist, immersive experience or you use VR to transport yourself somewhere else. But I think those things like the people you connect with, the things you’re doing, the state of your apps and everything needs to be carried and portable on-the-go with you as well, and I think that’s going to look more like how we think about AR.”

Oculus virtual reality headsets and Facebook augmented reality glasses could share an underlying software layer, though, which might speed up engineering efforts while making the interface more familiar for users. “I think that all this stuff will converge in some way maybe at the software level,” Kirkpatrick said.

The problem for Facebook AR is that it may run into the same privacy concerns that people had about putting a Portal camera inside their homes. While VR headsets generate a fictional world, AR must collect data about your real-world surroundings. That could raise fears about Facebook surveilling not just our homes but everything we do, and using that data to power ad targeting and content recommendations. This brand tax haunts Facebook’s every move.

Startups with a cleaner slate like Magic Leap and giants with a better track record on privacy like Apple could have an easier time getting users to put a camera on their heads. Facebook would likely need a best-in-class gadget that does much that others can’t in order to convince people it deserves to augment their reality.