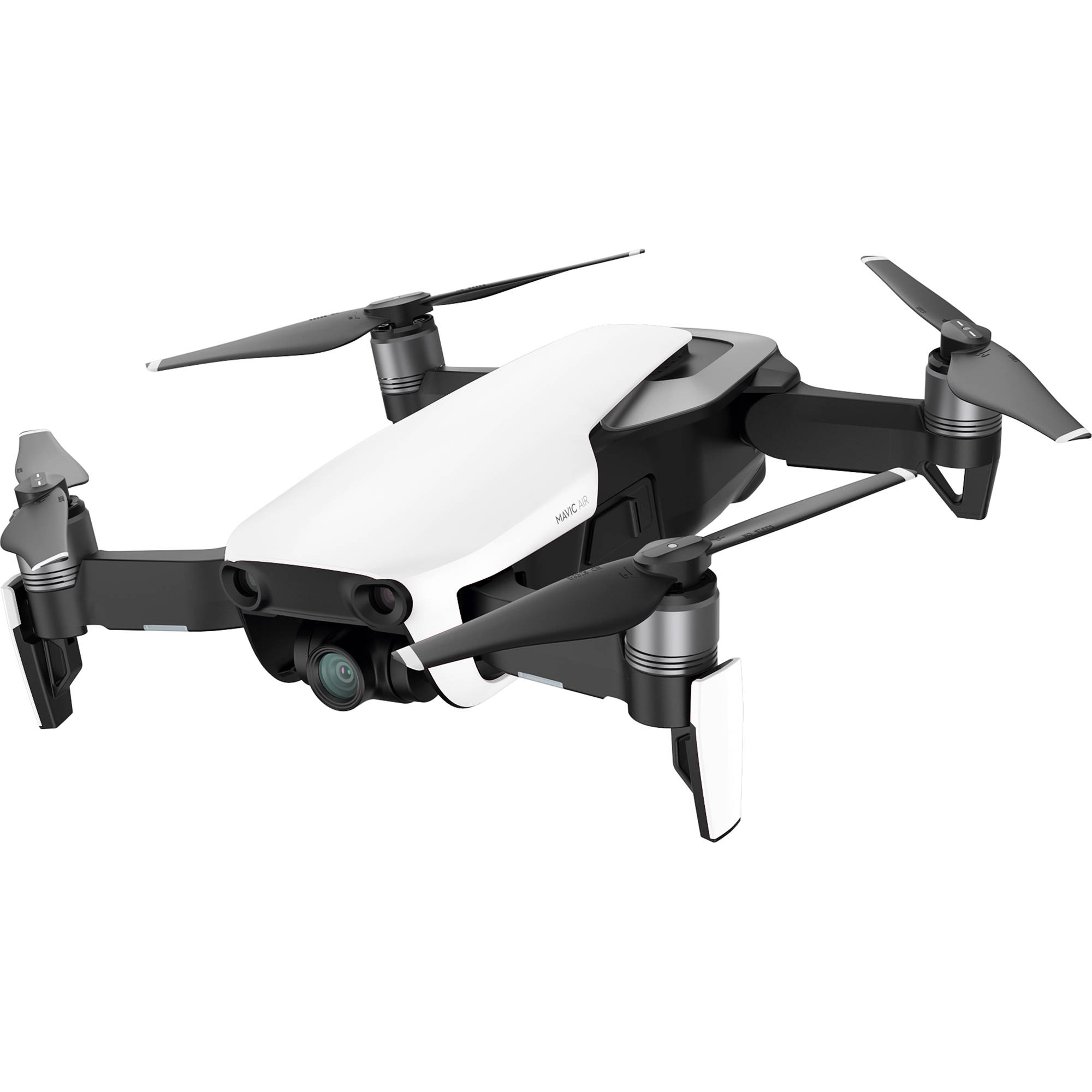 DJI Mavic Air is its smallest, smartest foldable drone yet

DJI reminded everyone once again why it’s the best drone maker in the world.

On Tuesday, DJI unveiled its newest foldable drone, the Mavic Air, and it might be the company’s most impressive quadcopter yet.

At about the height of your average smartphone, the Mavic Air is half the size of 2016’s Mavic Pro. It’s also 41 percent lighter than the Pro, too, making it the company’s smallest drone ever.

Available in three colors — black, white, and glossy red — the new Mavic Air is available for pre-order immediately and ships on Jan. 28.

A standard drone package with a redesigned controller starts at $799. An extra “Fly More” package comes with extra propellers and starts at $999.

Drones this small usually aren’t this powerful. Here’s how it compares to DJI’s last compact drone, the Spark. And, just look at that hawt red. Small as the drone is, DJI wasted no time telling everyone how powerful it is.

First, let’s get to the video capturing, because that’s what people use these type of drones for. The Mavic Air is capable of recording 4K video at 30 frames per second. (Sorry vloggers, but theres’s no 60 fps option).

It also captures 1080p slow motion video at 120 frames per second. Additionally, the camera can record in HDR to better scenes that are often overexposed or underexposed — like clouds and shadows.

But by far the coolest new capture feature is something called “Asteroid,” which creates a 32-megapixel 360-degree panorama that you can pull back and view as a “planetoid”.

There’s also another really fun “Boomerang” mode that helps you shoot some more cinematic aerial shots with minimal effort. Like a real boomerang, the drone starts out from above, pans over to the side, and then to the back, essentially rotating a full 180-degrees. DJI says this’ll be great for shooting things like sunsets.

All of these new camera capabilities are enabled by 3-axis gimbal (the smallest on a drone of this size) and the 7-camera system built into the Mavic Air. The foldable legs and landing gears are even packed with technology — they house the drone’s antennas for better connectivity to a phone or controller.

The controller, by the way, is smaller as well. The control sticks are now detachable.

And speaking of controls, the Mavic Air is still controllable with hand gestures. Whereas the Spark’s “Jedi-like” controls were a bit wonky — often hit or miss — DJI says it’s improved them to be more responsive.

DJI’s drones are more than just great aerial cameras. They’re also the smartest in the business and DJI’s furthering its lead in this department with the Mavic Air.

The drone has DJI’s usual signature obstacle-avoidance technology, but now it can actually plan a flight path and intelligently dodge obstacles, climbing and descending, and tilting. All you have to do is push forward on the control stick.

It’s impressive stuff, and from the short demo we saw, it works. Should make flying through a forest easier for beginners.

And, of course, the Mavic Air, is powerful. The company says the drone can fly for up to 21 minutes on a single charge; has a range of up to 2.5 miles; and a max speed of up to 42.5 miles per hour in sport mode.

I had a few minutes to check out and fly the Mavic Air and my first thought: Wow. It’s really small and when folded up fits right inside of my inner jacket pocket.

I flew the drone with both the controller and the hand gestures, and as expected, the former is more precise. The hand gestures feel improved over the Spark, but they’re still a little clumsy and confusing — but that’s probably because there’s a learning curve. I look forward to testing out this feature when we get an Air in for review.

With GoPro now exiting the drone market, DJI’s drones are the only real ones worth considering. Yeah, there are a ton of drone makers, big and large, but none really come close to delivering on what DJI’s drones offer: best-in-class video capture, performance, and intelligence. Drone after drone, DJI has improved on these core pillars, and that’s why its drones are still the best ones to buy.

With the Air, the price is reasonable. The size is incomparable. And the performance and capture capabilities hit the sweet spot.

This might be the drone for everyone this year.