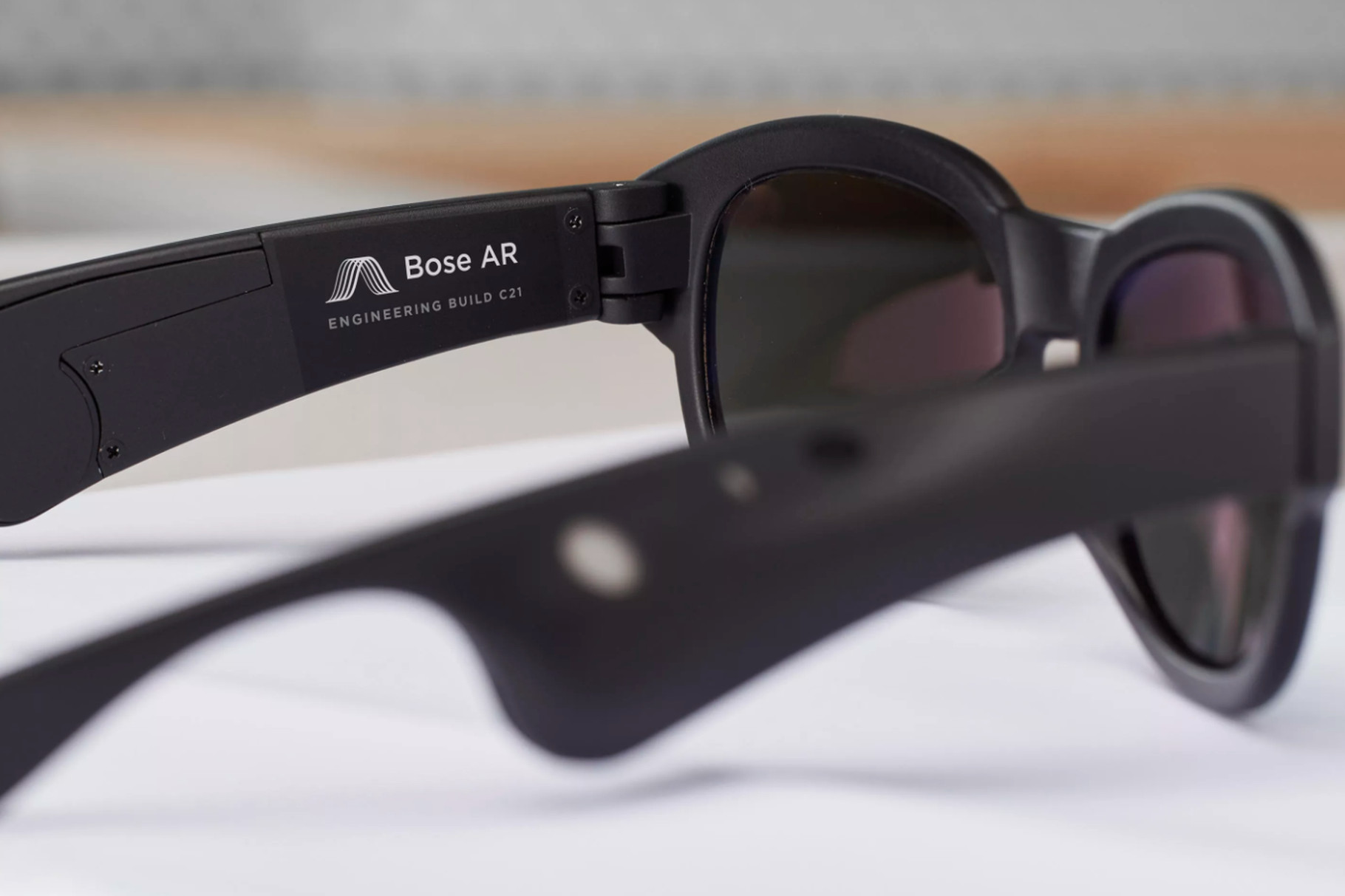 Bose is developing augmented reality glasses with a focus on sound

Bose has announced at SXSW that it’s working on its own pair of augmented reality glasses, but not in the way that you’d think. Instead of superimposing data over the world visually, like Google Glass or Intel’s Vaunt glasses, Bose’s AR concept unsurprisingly focuses on audio, adding “audible layer of information and experiences” to the real world, according to a report from CNET.

Bose isn’t just working on one pair of glasses, either. The company has bigger ambitions for its audio AR as an entire platform for developers to build off, and to that end, the Bose is releasing a Bose AR SDK and setting up a $50 million fund to invest in companies that will build things with Bose AR.

For now, the company is showing off a pair of glasses with integrated headphones at SXSW (which will be available sometime this summer in limited amounts for developers and manufacturers), but Bose says that its AR platform can “be built into headphones, eyewear, helmets and more.” Bose AR isn’t just about audio, either. The devices will use sensors to track head motions for gesture controls and work with GPS from a paired smartphone to track location.

As for what kind of experiences audio-based augmented reality could offer? Bose has a couple of ideas. The company envisions having a Bose AR device reenact historical events or speeches from landmarks and statues as you visit them, or get audio directions to your gate when your GPS detects that you’ve arrived at the airport. The company also aspires to combine visual information with the Bose AR platform, too, so you could hear a translation of a sign you’re looking get, get a weather report when you look out your window, or hear the history of a painting in a museum.

It seems that we’re still pretty far away from devices making their way into consumers’ hands (or rather, on consumers’ heads), but it’s certainly an interesting approach to augmented reality that plays to Bose’s strengths that’s completely different from most of the other AR products out there.