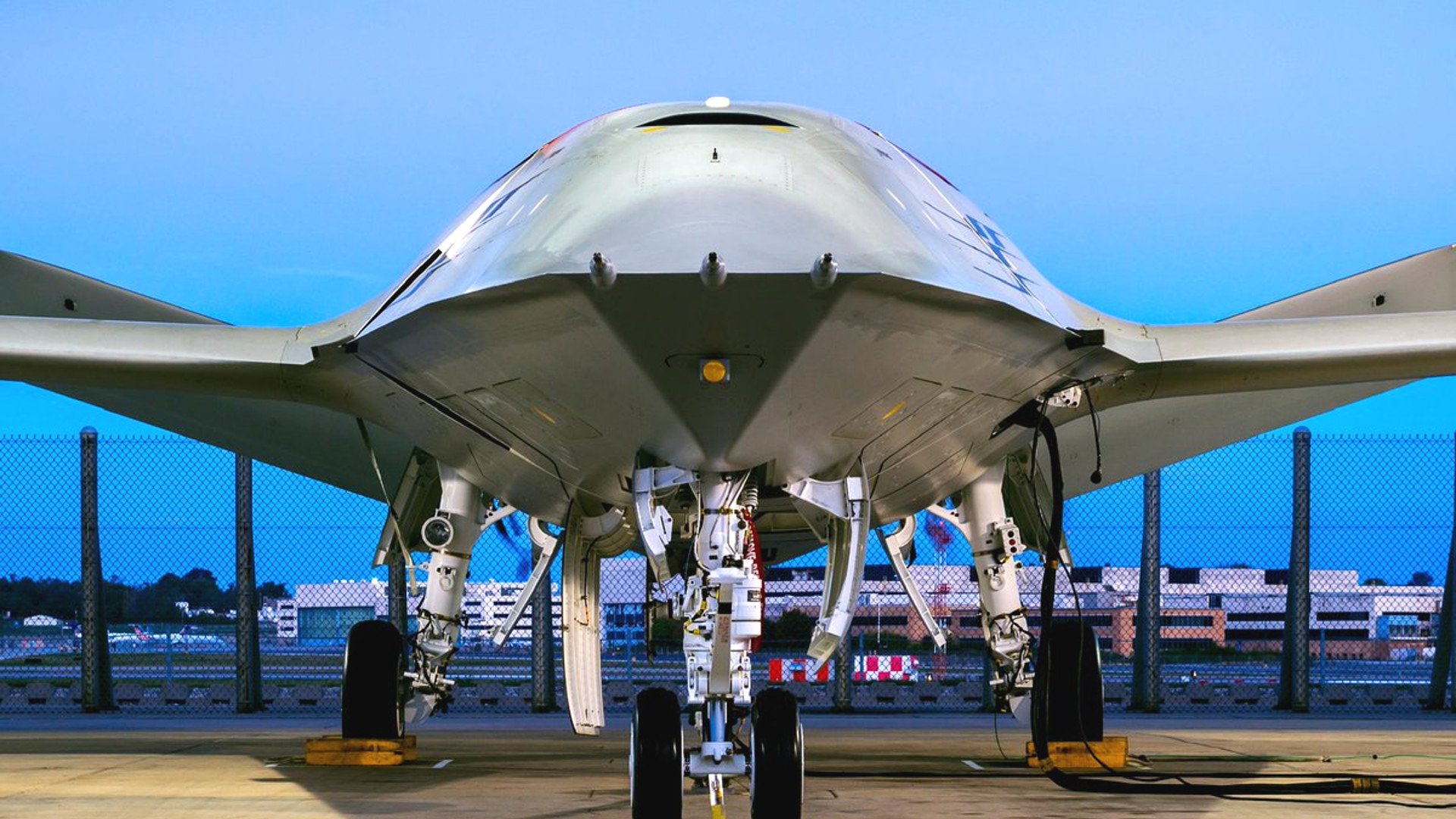 On December 19, Boeing released the first photo of its MQ-25 “Stingray” prototype entrant, an unmanned aircraft for the new century designed to refuel Navy jets flying from carriers. Developed at the secretive “Phantom Works” facility, it’s the opening salvo in the MQ-25 competition between Boeing, Lockheed Martin, and General Atomics to build a fleet of drone tankers capable of taking off and landing from an aircraft carrier.

Whichever company gets awarded the Stingray contract, it must be able to deliver 15,000 pounds of fuel to fighters within 500 miles of the carrier.

As many as 76 of these aircraft would be built by the contract winner, according to The Washington Post, and they’re expected to join their robot brethren and enter operation in the mid-2020s. Hoping to avoid an expensive boondoggle like the F-35 Joint Strike Fighter program, the Navy will “fly before buy” with a purchase of four prototypes to ensure the aircraft can meet the program’s specifications.

This particular drone hasn’t flown yet, although Boeing says it’s completely functional. Next up are engine tests on the ground and deck handling practices.

General Atomics has released some concept art for its entrant, based on its Sea Avenger program, but Boeing is the first to show off an actual prototype. “Boeing has been delivering carrier aircraft to the Navy for almost 90 years,” said retired admiral Don “BD” Gaddis of Phantom Works. “Our expertise gives us confidence in our approach. We will be ready for flight testing when the engineering and manufacturing development contract is awarded.”

The Stingray program will support carrier-based F/A-18 Super Hornet fighters, EA-18G Growler electronic attack aircraft, and the F-35C Lightning II Joint Strike Fighters. “The MQ-25 will give us the ability to extend the air wing out probably 300 or 400 miles beyond where we typically go,” said Vice Admiral Mike Shoemaker in an interview with the naval journal Proceedings. “That will extend the reach of the air wing, and when we combine that with additional weapons we are buying, we will get an impressive reach.”

As The War Zone blog notes, the MQ-25 program is desperately needed to replace the current aerial refueling missions fulfilled by F/A-18E/F Super Hornets. The resulting stress of near-continuous operation has impacted the effectiveness of the Super Hornet aircraft, with only 30 percent of them combat ready.

“The readiness level for [the Super Hornet] community has been on a declining trend for the last few years,” Shoemaker told Congress in November. “We’ve been forced to take risks in maintenance and production.”

Final proposals to the Navy from all three companies are due by January 3.