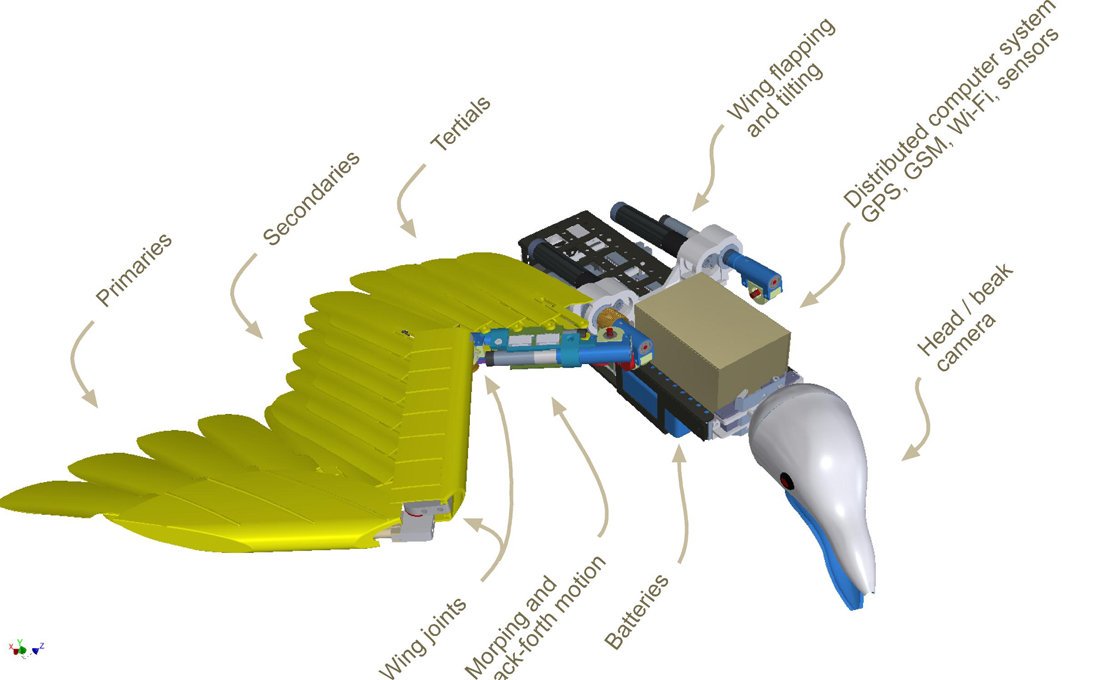 Drones are all the rage these days, but the technology still has its limitations. Drones can be noisy and easily spotted, which makes them difficult to use for surveillance.

The autonomous drone comes with all the regular functions, but on top of that, it is quiet and it looks and flies like a bird.

“The Holy Grail for drone technology has always been the ability to fly without rotors and using flapping wings instead,” said Hardardson.

The idea is both simple and radical. “First, we build a bird-like device where we use seabirds as models. Secondly, we use evolutionary computational methods to teach the device to fly like a bird,” Hardarson explained.

“We are applying the evolutionary method of flying, and it works. We have seen devices before with flapping wings instead of propellers, but mainly as toys or prototypes,” said Hardarson who developed the Silent Flyer in cooperation with Leifur Thor Leifsson, Ph.D. in aerospace engineering and his team at Reykjavik University.

“Our unique wing design makes the device fly like a bird while the drone operator has real-time control of the wings for steering the device.”

The Silent Flyer has two main parts, the body with wings, and the head. The wing motion can be set to any value within the limits of four DoF (Degrees of Freedom). The head has space for a camera and is controlled by servomotors enabling it to move up, down, and sideways.

Flygildi is currently working on prototypes that have been successfully tested with Icelandic partners. The Silent Flyer is airborne, and the control works.

“It is still a work in progress,” Hardarson explained. “We are constantly improving the flying performance.”

That improvement depends on the second part of the idea, teaching the device to fly like a bird.

Flygildi has joined forces with the Swedish Chalmers University of Technology, where its technology has been applied to devices such as walking gait robots.

“We have already a flapping wing setup to generate lift and forward motion,” he said.

The drone could prove useful for law enforcement and military purposes

The Silent Flyer will make it a lot easier to do surveillance for law enforcement, according to Hardarson. “In any scenario where you do surveillance on a large group of people, at a concert or a soccer game, you can now do it without being detected,” he said. “In addition, the Silent Flyer can stay airborne longer than regular propeller drones because the wings make it more energy efficient.”

For the military, the Silent Flyer comes with an added bonus. “The drone is so bird-like that radars cannot tell it apart from real birds. Naturally, that is a crucial factor for military use,” Hardarson said.

The Icelandic startup expects to start pilot sales in 2019 and have a fully developed product by 2020.

Flygildi has received investments from the Icelandic Technology Development Fund, and Reykjavik University. The company is currently seeking additional funding.