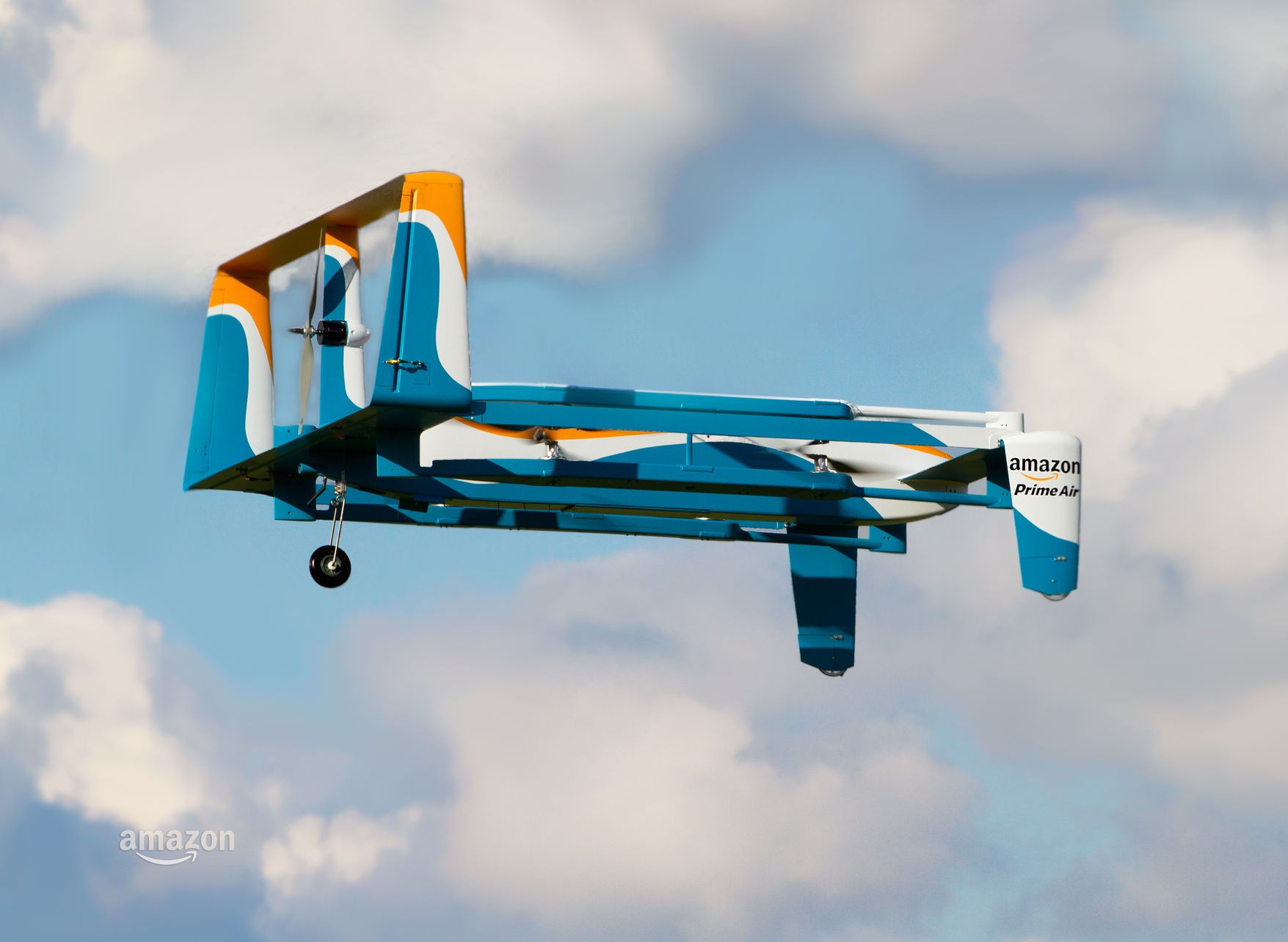 Amazon’s drone delivery plans have been well documented, and while the company might argue that it now has the technology in place to launch such a system, safety concerns about autonomous machines buzzing vast distances between warehouses and customer homes have prevented the Federal Aviation Administration from giving it the green light.

In the meantime, Amazon’s R&D team has been hard at work exploring various features for a viable drone delivery system. The latest, laid out in a patent granted by the United States Patent and Trademark Office this week, suggests using commercial trucks operated by other companies to provide temporary transportation for delivery drones, whether they’re returning from a delivery or heading out. That’s right, Amazon’s talking about drones hitching rides on trucks.

While the idea of sticking a drone on the top of a truck seems to go against the entire premise of “delivery by drone,” such a system would conserve the drone’s battery power, and on some routes might even cut delivery time. It would also reduce the chances of drone accidents in busier areas where there are more obstacles to avoid, with the drone used to complete the so-called “last mile” delivery.

The patent’s document explains that Amazon would have agreements with the trucking companies, with the necessary components placed on top of the vehicle to safely secure the drone while it’s being carried along. Software that keeps track of the enrolled vehicles would determine the most efficient routes and rides for each drone, with the flying machines potentially hopping between several trucks on a long delivery journey.

It’s not the first time for Amazon to look at ground-based transportation for its proposed drone delivery platform. In 2017, another patent showed how it could use moving trains and ships to rapidly deploy drones to locations where customer demand “is known or anticipated,” whether through purchasing patterns “or events that are scheduled to occur in such areas.”

But unlike this latest patent where the drone would merely hitch a ride, last year’s filing suggested the mobile facilities could be “loaded with replacement parts and/or inspection equipment, and configured to conduct repairs, servicing operations, or inspections on aerial vehicles.” Once a drone is repaired or fitted with a fresh battery, it could be loaded with a delivery and sent on its way, the patent said.

Regarding battery power, Amazon has also looked into the idea of using the tops of street lights, cell towers, and church steeples as docking stations, allowing drones to recharge in stages when heading to and from distant delivery addresses.

Amazon has been filing patents linked to its Prime Air drone ever since the company’s boss, Jeff Bezos, unveiled its ambitious delivery plan in 2013. There’s no telling whether any of them will ever make it off the drawing board, but it does at least give us an insight into the kind of challenges its R&D team is considering as it seeks to build a workable drone delivery system.