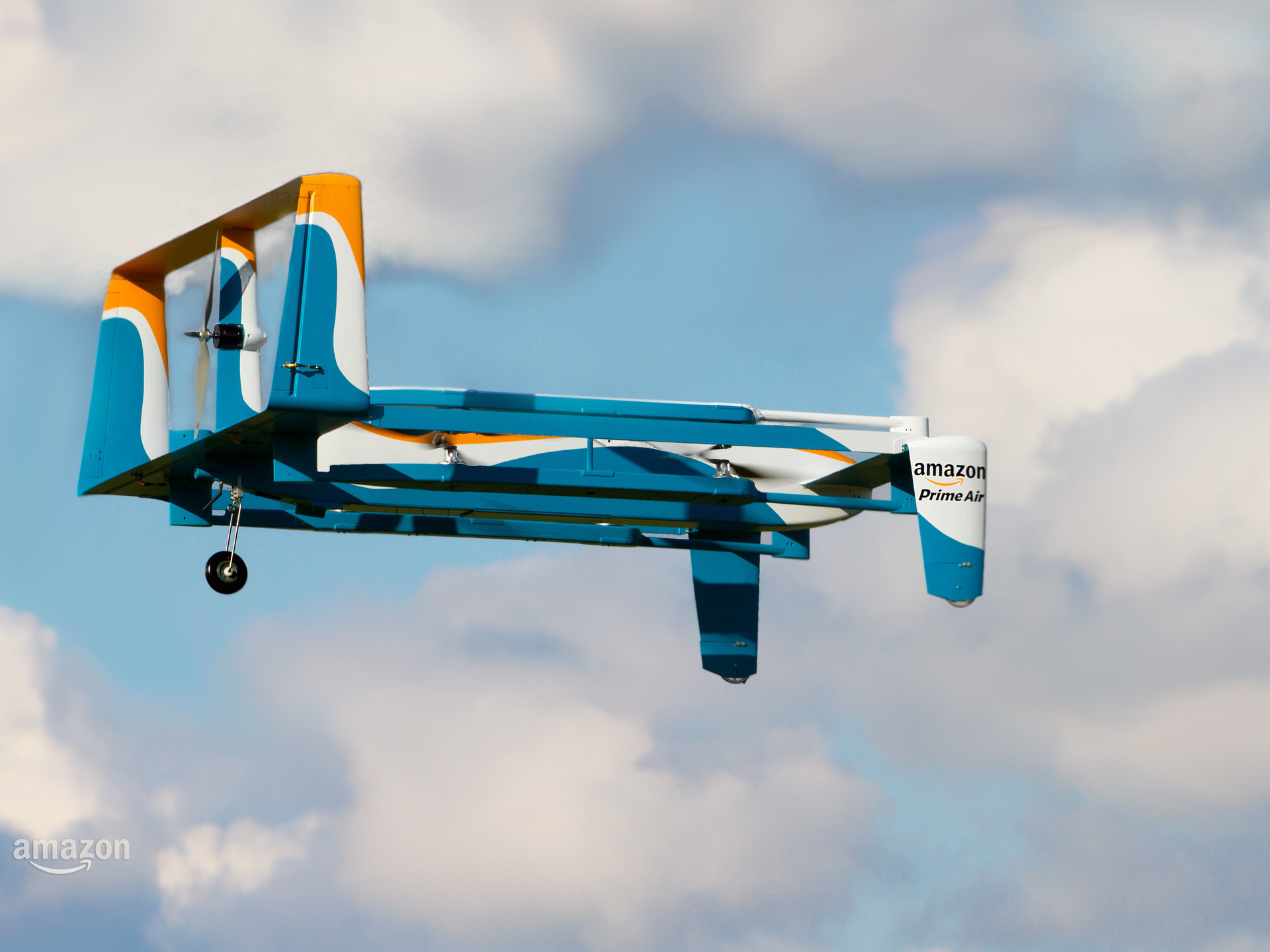 Amazon patents self-destructing drone that falls apart in an emergency

You and me both, drone

One of the big worries about delivery drones is what happens if something goes wrong mid-delivery? We don’t want people’s parcels (or the drones carrying them) falling from the sky, causing damage and injury. Well, Amazon thinks this might not actually be a bad idea — as long as the drones fall safely. Earlier this week, the company was granted a patent for the “direct fragmentation for unmanned airborne vehicles.” In other words: a drone that takes itself apart midair if something goes wrong.

The patent describes how an onboard “fragmentation controller” would take charge in the event of a catastrophic failure, like a battery exploding or propellor failing. The computer would quickly study the drone’s flight path, weather conditions, and nearby terrain, before initiating a “fragmentation sequence,” where the drone slowly dismantles itself midair.

It sounds counter-intuitive as a safety protocol, but if a drone is going to crash anyway, it’s better that it hits the ground in small chunks, rather than as bigger, heavier intact aircraft. An illustration from the patent shows a drone dropping various components onto patches of empty ground and a small lake, before crashing itself safely in a tree.

The patent reads: “During the fragmentation sequence, one or more parts or components of the UAV [unmanned aerial vehicle] can be released. In doing so, the weight, speed, air drag coefficient, and other factors related to the UAV can be altered.” The order in which parts are jettisoned could be selected based on their value, says the patent, and then detached using hooks, springs, or “small explosive charges.”

Of course, as with any patent, there’s no guarantee Amazon is doing anything more here than exploring a left field concept. In the past, the company has either patented or applied to patent concepts including parachutes built into shipping labels, drone beehives for distribution in big cities, and drone-carrying blimps. As tends to be Amazon’s style, it’s aggressively throwing ideas at the wall and seeing what sticks. All of these inventions would need to be approved by government regulators before they ever got off the ground.

In the real world, Amazon’s plans for drone delivery face more prosaic challenges, like building a flight controller that can handle dozens of aircraft at once; or convincing people that delivery drones make economic sense in the first place. Although the basic technology is ready to go, the only real-life implementations of drone deliveries to date have been specialized services, like delivering blood and medical samples. Dismantling those packages midair would just be messy.