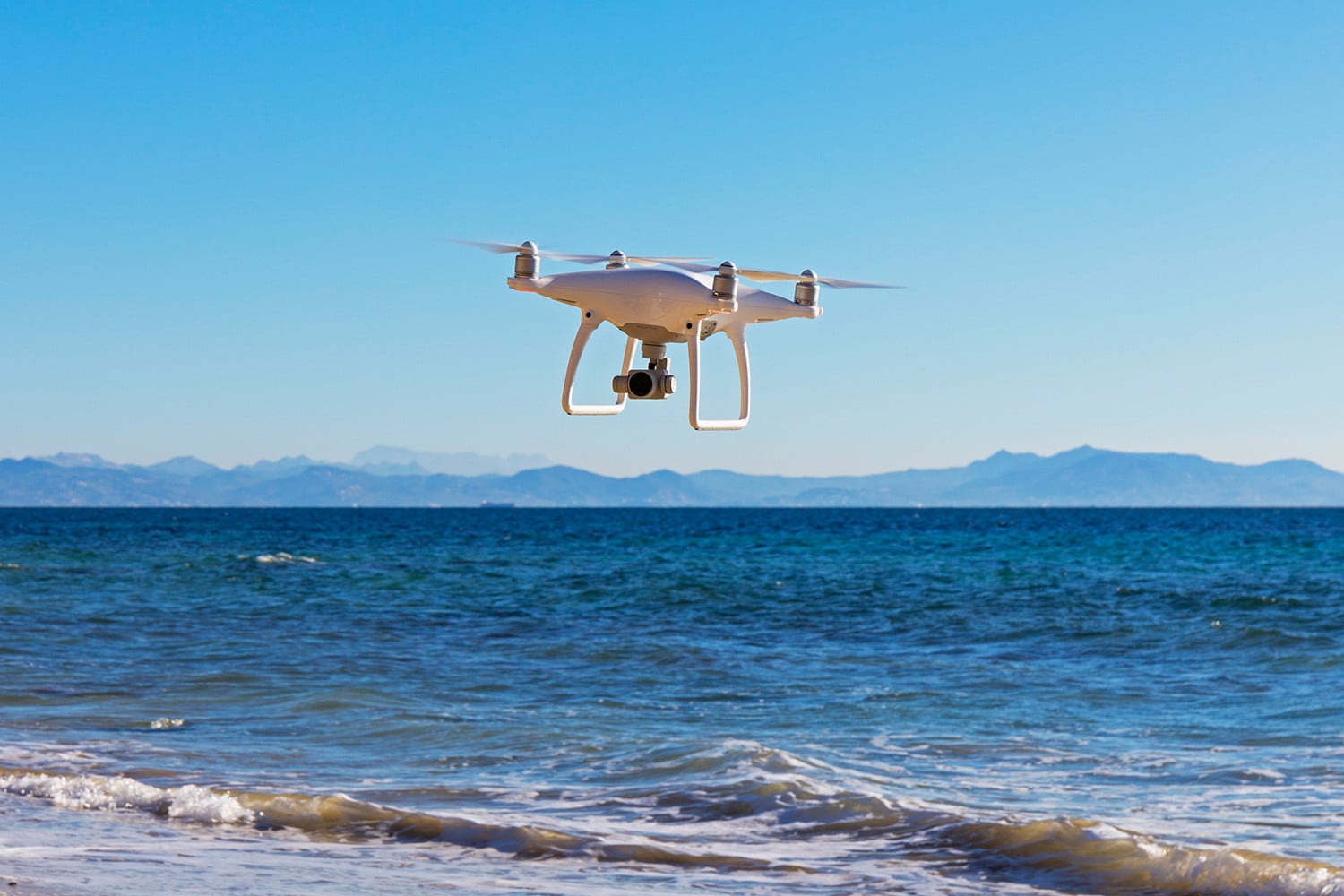 We love drones. You know what we don’t love? Drone flight times. Today, your average consumer drone has an average flight time of between 10 and 20 minutes — with top-of-the-range UAVs tapping out (make that sputtering out) at close to half an hour in the air.

But not all drones fall into that category. Whether it’s thanks to new types of battery or innovative charging methods, here are seven drones which buck the system with long flight times.

What’s the easiest way to make a drone fly for longer? Give it a whopping great battery, of course. That’s what the folks at Impossible Aerospace are aiming for with their forthcoming US-1 drone. Boasting a giant lithium-ion power pack that makes it, in its creator’s own words, into a “flying battery,” the US-1 can stay airborne for up to two hours at a time.

The large battery means it’s considerably heavier, at 15.7-pounds, than some of its rivals. Its $7,500 starting price tag also isn’t cheap — but that extra flight time will surely make the extra cash worth it for some.

Given that your average drone can hover for around half an hour, the four hours, 40 minute record claimed by Spanish drone manufacturer Quaternium is pretty darn impressive. The secret to its Hybrix.20 drone? As its name suggests, it’s its hybrid fuel-electric engine, which results in an impressive improvement in flight time, courtesy of an onboard combustion engine with a generator that keeps the battery charged during the flight.

“The potential of hybrid technology for drones is huge,” Alicia Fuentes, CEO of Quaternium, told Digital Trends. “At Quaternium, we believe that we will all be amazed with its evolution in the short term. The hybrid race has just started.”

The most amazing part of it? That even after carrying out its record-breaking flight, when it touched back down on solid ground at the end, it had three days’ worth of fuel remaining on board.

Just like spending a day on the beach or working outside in the summer, one of the positives of a drone spending plenty of time in the sky is that it gives it a great opportunity to soak up some rays. That’s the idea that (literally) drove Airbus’ unmanned Zephyr S winged drone to break the record for longest continuous flight in July 2018.

On its first outing, the Zephyr S stayed aloft for 25 days, 23 hours, and 57 minutes after taking off from Arizona. The UAV uses solar energy to power motors which drive twin propellers. At night, the drone gets by using power built up in its onboard batteries during daylight. The Zephyr S boasts an 82-foot wingspan, and cruises at a super high altitude of 70,000 feet.

FLYING FOR A WHOLE YEAR?

Airbus isn’t the only maker of UAVs interested in solar-powered unmanned aircraft. Developed by cutting-edge British companies BAE Systems and Prismatic, PHASA-35 is a currently-in-development drone which aims to be able to fly for up to one year without landing.

Helping it achieve this epic quest is a lightweight design and 114-foot wingspan — more than 30-feet longer than that on Airbus’ Zephyr S. That means more surface area real estate for its highly efficient solar panels. Like Zephyr, PHASA-35 will cruise at an altitude of 70,000 feet above the Earth, way above weather systems and most conventional (read: non-military) air traffic.

PLUGGED INTO THE GROUND

Some people want drones to stay in flight longer for things like drone deliveries or getting more footage when filming. The folks behind this next quadcopter have another, more important purpose: saving lives. Designed to stop drones from straying into the airspace of planes, this anti-drone drone is designed to shoot nets to down other UAVs.

Because keeping an eye on other drones is a 24/7 job, DroneCatcher stays aerial at all times by using a power cable which is connected to the ground. When a problem needs solving, the power cord automatically disconnects from the quadcopter so that it can fly freely. Once the enemy drone is downed, DroneCatcher reconnects to the power cord in order that it can keep right on hovering.

WIRELESS CHARGING WITH A LASER

Like Dronecatcher, the U.S. Army thinks the best way to keep a drone aloft isn’t to give it a stonking great on-board battery, but rather to keep it charged from the ground. The solution they’re busy investigating is a bit more ambitious than using a solid charging cable, however.

Instead, the Army plans to use laser power to keep drones airborne indefinitelythrough a sophisticated wireless-charging technique. According to the proposal, the laser light will be directed to the drone’s onboard photovoltaic cell, where it will be converted from heat into electricity. This could reportedly be achieved from a distance of more than 1,600 feet.