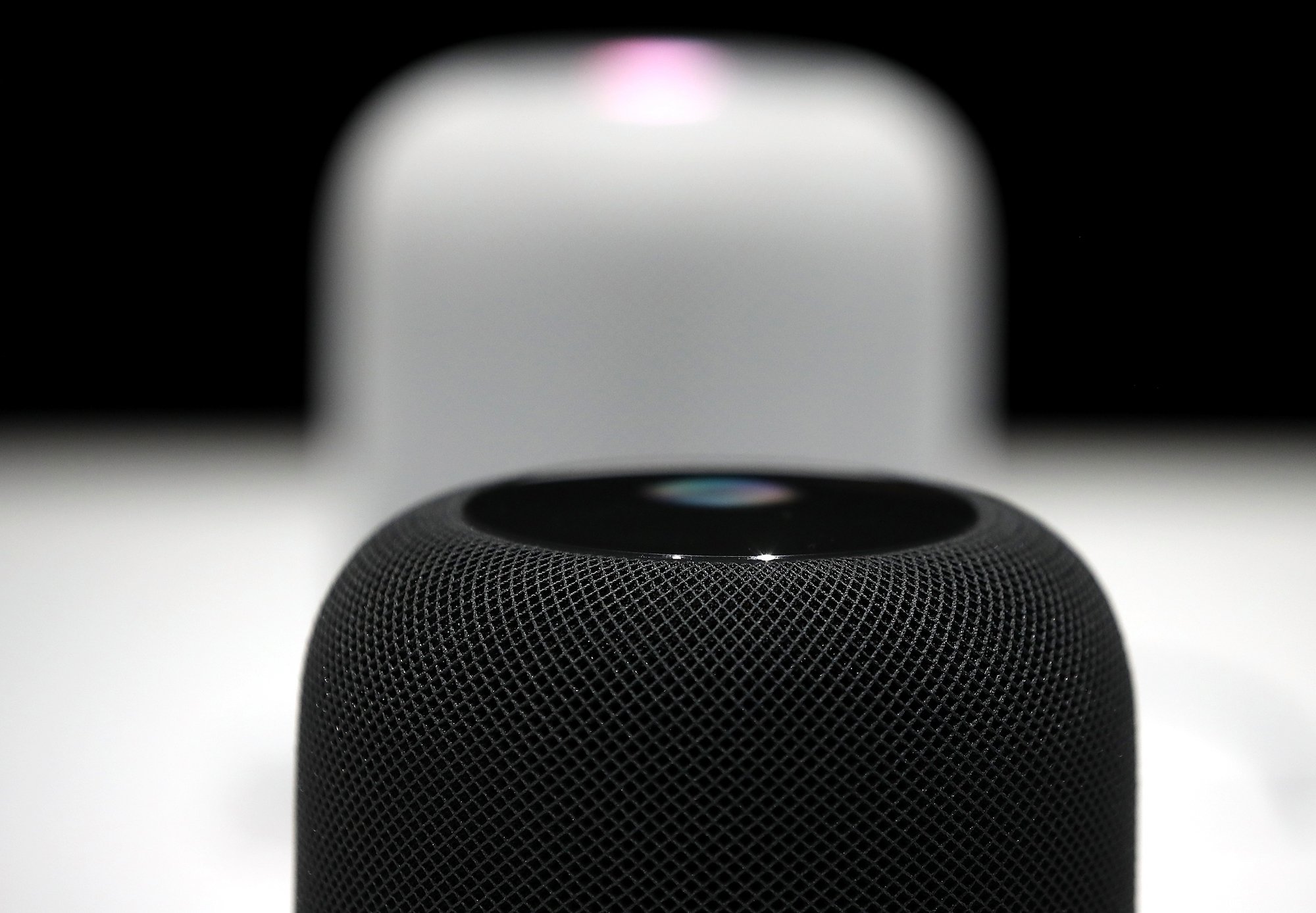 After spending an hour demoing Apple’s new HomePod smart speaker, I can say one thing with confidence: it sounds incredible.

I wasn’t sure what to expect from the new $350 device, which became available for presale on Friday and starts shipping February 9. After all, HomePod was delayed by several months, and Apple is late to the game on the device in the first place — Sonos, Google, and Amazon have already beaten it to the punch.

But in my limited time with HomePod, I was impressed. It sounds fantastic on its own, and even better when compared to other high-end smart speakers on the market. From all outward appearances, HomePod is an excellent speaker.

The only problem is, that might be all that HomePod is.

Sounds great — and it’s loud, too

When HomePod first debuted in June, I was disappointed by how unoriginal the design seemed. It looked to me like a very symmetrical marshmallow, or a chubby, upright Beats Pill. Months later, I’m still not wowed, but I’m coming to understand the advantages of the design.

From an aesthetic standpoint, there was one design touch I loved. When you activate Siri — either a long touch or a “Hey Siri” — a glowing, multicolored orb will appear, just like Siri on your iPhone. It’s a fun little design touch that helps tie in HomePod to Apple’s product lineup, plus it adds a little character.

Inside HomePod are seven tweeters spaced evenly around the base of the device and a woofer on top. Apple was aiming for a consistent sound all the way around — whether you’re standing next to, in front of, or behind HomePod, it should sound the exact same. I found that to be mostly true, although the shape of the room and proximity of the walls tended to affect the sound in a few instances.

Overall, HomePod is both louder and better-sounding than I expected. The bass was strong without being too heavy, vocals were crisp and clear, and the overall sound felt somehow bright and energized. I also got a demo of a stereo setup using two HomePods — that functionality is coming later on through a free update — and was blown away. So while I can’t give a definitive verdict until testing it for myself, I will say that HomePod gives a great first impression.

A “smart” speaker with limitations

HomePod may be billed as a competitor to Amazon’s Echo devices or a Google Home, but it may not be in the same league. HomePod only works if you have an iOS device. Android users must look elsewhere for a smart speaker.

HomePod uses Siri as its smart assistant, and I will say that it worked almost perfectly throughout the demo (save for a moment when Siri took it upon herself to start playing a podcast).

But Apple purposefully limited Siri’s capabilities on the HomePod. The device only works with a handful of (Apple) apps, like weather, maps, and reminders. The device can do things like tell you the traffic, send and read messages, and set an alarm or timer, but it doesn’t work with the calendar or email. You can’t ask Siri to read you your appointments or make an event. And while you can make calls using the speaker, you can only do so by dialing on your phone.

There’s also the major, almost crippling, limitation on the music side: The device can work with any music streaming service using AirPlay, Apple’s wireless streaming technology. But the Siri part — the “smart” part — only works with Apple Music.

For Apple Music users, this is fantastic. The device learns your musical preferences and picks music it thinks you’ll like when you give it a vague direction like, “Hey Siri, play party music.” It can also provide information about what you’re listening to, like the artist, year the song was released, or more background about the album.

But for anyone who isn’t an Apple Music user, you’ll have to control the music from your phone. You can still use HomePod for its other features, but you’ll lose out on about half the device’s capabilities.

Oh, and HomePod is tied to its owner’s iOS device and Apple Music account, and can’t differentiate between voices. This is a bit of a bummer for families or people with roommates, since there’s no way to set up multiple user accounts or tailor the music choices to each individual’s Apple Music account.

A new hub for HomeKit

The final piece of the HomePod puzzle is its smart home functionality. For anyone already using HomeKit, the device can serve as your HomeKit hub, and you can use it to control the other smart devices in your home.

One neat trick is the ability to set up a morning routine. In the demo I saw, saying “Hey Siri, good morning,” would trigger a synchronized ballet: the coffee maker turned on, the blinds went up, and the heat turned on in one fell swoop. Asking Siri to then play the news then provided a morning digest from the news source of your choosing.

None of this is particularly new technology — Google and Amazon devices can do this too — but it certainly makes HomePod more appealing, especially given its other limitations.

An exciting product — so far

After only one hour of seeing HomePod in action, I can’t definitively say whether it’s worth buying.

But I walked away feeling impressed and surprised by how much I liked how it sounded, and found myself imagining how it would fit into my home life. Still, HomePod seems to have a few obvious limitations: its marriage to Apple Music, its limited functionality, and its steep price.

Until we’re able to test it further, there’s no way to know whether HomePod’s fantastic sound quality outweighs the downsides.