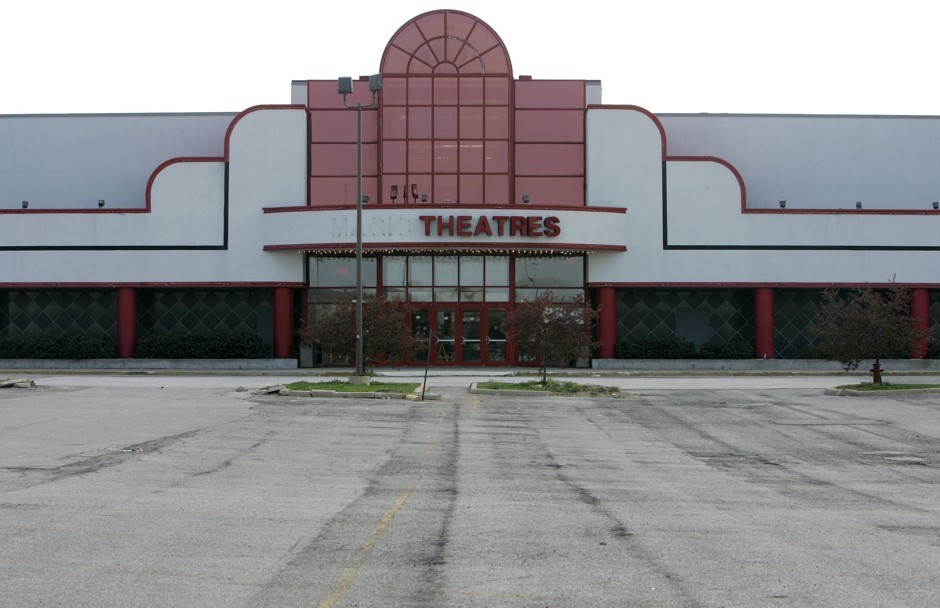 In late October of this year, the office-sharing startup WeWork announced that it was buying Lord & Taylor’s flagship store in New York City. Coming as this did in the wake of the bankruptcies of such long-established retailers as The Limited and Toys “R” Us, it was widely viewed as the latest harbinger of the “retail apocalypse.”

It isn’t just chain stores in economically distressed suburbs that are going belly up, but high-end luxury goods purveyors along the retail corridors of America’s leading cities, such as New York’s Madison Avenue, Rodeo Drive in Beverly Hills, and Chicago’s Miracle Mile. All told, roughly 100,000 retail jobs were lost between October 2016 and April 2017. In the next five years, one out of every four malls is projected to close, according to an analysis by Credit Suisse. The square footage of America’s already dead malls covers more land than the city of Boston.

But painful as this retail retrenchment may be, it creates real opportunities that cities and suburbs can take advantage of.

First things first: Brick-and-mortar retail is not going away. Even as it sheds workers, the sector is still growing at a rate of 3 percent per year. The research and advisory services firm the IHL Group estimates that retail sales are up by more than $100 billion this year, and 4,000 more chain stores will have opened than closed in the U.S.

The way we shop is also undergoing a fundamental reset. As more and more people shop online, the stores that are drawing in customers are those that emphasize experiences. Customers want to sit on that new sofa, feel the weight of a stainless-steel skillet in their hands, and try out new gadgets.

In fact, the line between e-commerce and physical retail is not as hard and fast as most people think. The most successful virtual stores are currently increasing their physical presences. Amazon is opening up bookstores, and with its acquisition of Whole Foods, it has gained a footprint in hundreds of affluent cities and suburbs. As the physical embodiment of Apple’s brand proposition, Apple Stores showcase cutting-edge designs, provide service and advice, build community, and are a big part of what differentiates Apple from its competition.

While there can be no doubt that the lost jobs and diminished tax bases that accompany the retail retrenchment hurt, the shift has an upside as well.

WeWork’s takeover of Lord & Taylor could be a good portent for urban economies. Work, not shopping, is the key to urban productivity and growth. When asked why rents are so high in cities like New York and Chicago, the Nobel Prize-winning economist Robert Lucas famously answered that it had nothing to do with the availability of high-end shopping; higher urban rents, he said, are a function of higher urban productivity.

As talented people and high-paying jobs move back to cities, there is demand for more office space. Big companies like Google or Amazon can afford to build their own new facilities. But smaller companies and gig-economy workers need flexible coworking spaces that companies such as WeWork provide, and they need affordable living spaces as well. Both of these can be built in the shell of former retail spaces. In downtown Providence, Rhode Island, for instance, the Greek Revival Westminster Arcade, built in 1828 as the nation’s first indoor shopping mall, has been re-developed to include dozens of micro-apartments.

The back-to-the-city movement is driven by the preferences of talented people for urban amenities, including places like mom-and-pop shops and small hardware stores that are increasingly threatened by sky-rocketing rents that only big retail chains and luxury brands can afford to pay. However, as those companies scale back their retail, real-estate developers have an opportunity to refill their storefronts with independent, artisanal, and local shops. While property owners will take a hit on commercial rents, the overall value and desirability of their buildings will likely rise.

The problems confronting distressed suburbs and rural communities run much deeper than the retail blight that stands as a physical symbol of the economic crisis they face. Yet a striking number of such communities are developing innovative strategies to transform their empty malls and big-box stores, and the acres upon acres of asphalt parking lots around them, into more productive assets for future growth.

Ellen Dunham-Jones of Georgia Tech is perhaps the world’s leading expert on the redevelopment of old suburban malls, and is co-author, with June Williamson of the City University of New York, of the landmark book Retrofitting Suburbia and a recent article on re-inhabited malls in the journal Loose Fit Architecture. They have put together a database of more than 1,500 retrofits or redevelopments of abandoned malls, strip centers, big-box stores, and other similar developments across the United States. As these anachronistic retail spaces begin their second lives, a few distinctive use cases have emerged, which Dunham-Jones and I described this past weekend in the Wall Street Journal.
Educational and healthcare facilities, two land use types that are growing as retail shrinks, are a logical fit for these large, boxy spaces. The former Hickory Hollow Mall in Antioch, Tennessee, was redeveloped as a satellite campus of Nashville State Community College as well as a practice rink for Nashville’s pro hockey team. The campus also includes a downsized mall centered around a food market featuring immigrant businesses, highlighting the trend of malls better reflecting local demographics.

The old Highland Mall in East Austin, Texas, is now occupied by Austin Community College, which built a high-tech math lab on the second floor of a former J.C. Penney and is building student housing in the parking lots. With a new light-rail stop, the area is becoming a hub for local employers.

Mall retrofits can also help with resilience and sustainability efforts. Dunham-Jones and Williamson estimate that 10 such projects have been transformed into green infrastructure or parks. The old 1960s-vintage mall in Meriden, Connecticut, which paved over a creek and contributed to chronic flooding, was demolished and transformed into a park that also serves as a catchment basin for stormwater runoff. The Northgate Mall outside Seattle saw a paved-over salmon stream restored, along with new subsidized housing for seniors.

Some of the most ambitious mall redevelopments are becoming mixed-use neighborhoods. The Villa Italia Mall in Lakewood, Colorado, outside Denver, was almost completely demolished to make way for a new street grid lined with offices, arts facilities, parks, and residences, as well as new stores. The project is already generating four times the tax revenues that the old mall did. In the Denver metro, eight of 13 malls are currently in some stage of rehabilitation to more productive uses.

These examples are just the tip of the iceberg. Dunham-Jones and Williamson estimate that there as many as 650 mall retrofits in some phase of development across the country. From megachurches to indoor paintball parks, former malls and retail spaces are being converted to all manner of uses that better reflect the way we live. Instead of bemoaning the (admittedly exaggerated) death of retail, we should applaud and deepen these efforts to turn old shopping centers and chain storefronts into more viable and productive community assets.