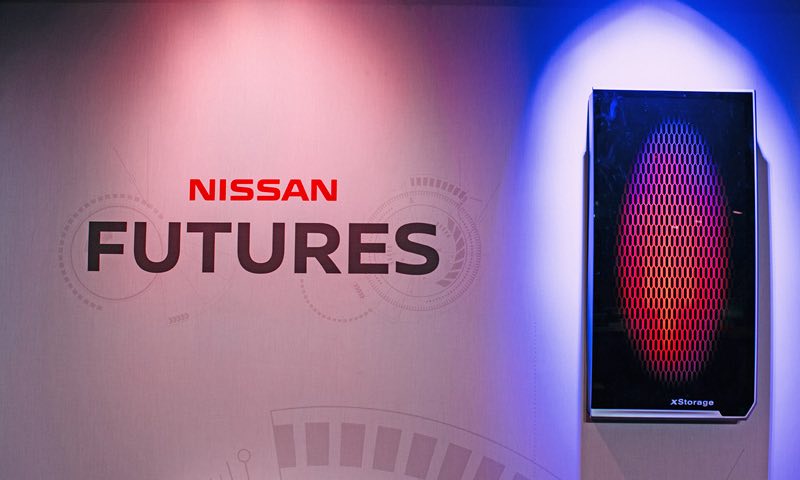 Batteries that have powered electric cars around the UK will get a second life providing energy storage for households, with the launch this week of a British-made home battery to rival the one made by Elon Musk’s Tesla.

The cells will be made by the Japanese car-maker Nissan in Sunderland, where its popular Leaf electric car is built, and sold in partnership with the US power firm Eaton. Buyers will be able to choose cheaper, used batteries that are no longer fit for electric car use, or pricier new ones.

They are believed to be the first British-made household batteries pitched to the embryonic UK home storage market.

The batteries inside the Tesla Powerwall were previously made in Japan by Panasonic, but since January have been produced at its vast Gigafactory in Nevada. Sonnen, a German storage company, builds its European and Australian home batteries in Wildpoldsried, Germany.

With falling costs, home storage is seen as increasingly attractive in the UK, particularly to early adopters and the 850,000 homes with solar panels.

Solar owners can make the electricity they generate more valuable by storing it in the battery and using it later instead of exporting it to the grid – Eaton and Nissanestimate such customers will be about £43 better off each month.

Batteries also make it easier for people to take advantage of “time of day” energy deals, which charge consumers less if they avoid periods when energy demand peaks, for example at 4-7pm on weekdays. Such tariffs are expected to proliferate as every UK home is fitted with a smart meter by the end of 2020.

Nissan has partnered with Eaton, a US power management company with revenues of $20bn (£15.5bn), to sell the XStorage Home systems, which are about the size of a conventional boiler.

The lithium-ion batteries will be priced from £5,000 and up, depending on the home, with installations carried out by a nationwide network of electricians beginning in July.

Cyrille Brisson, vice-president of EMEA at Eaton, said: “We’re clearly going into this market with a view to becoming the leader of the market, with the weight of Nissan and its factory in Sunderland, and with Eaton’s very strong base of installers. We believe we have the knowledge and capacity.”

On Thursday, Eaton will also announce a sponsorship deal with Manchester City football club, which Nissan already sponsors. Fans will be able to buy a special, Man City-branded version of the storage systems.

But the Nissan-Eaton partnership will face stiff competition from Tesla, which makes electric cars, solar panels and batteries. The California-headquartered company has already installed its Powerwall systems across the UK, aided by a high profile launch by the billionaire Musk.

The next generation of the Powerwall, which was meant to launch in the UK earlier this year but was delayed, will be installed in the first British homes later in May. The Powerwall 2 costs £5,400.

While Tesla has the edge on name recognition, Eaton and Nissan hope to woo customers with the environmental credentials of reusing old batteries and the fact they are made in Britain.

Separately, a new report on Thursday said that many of the entrepreneurs involved in renewable energy had reacted to government subsidy cuts by moving into the burgeoning battery sector. SmartestEnergy, a renewable power buyer, found there were 20MW of commercial batteries operating in 2016, which it predicted would increase 27-fold by 2020.