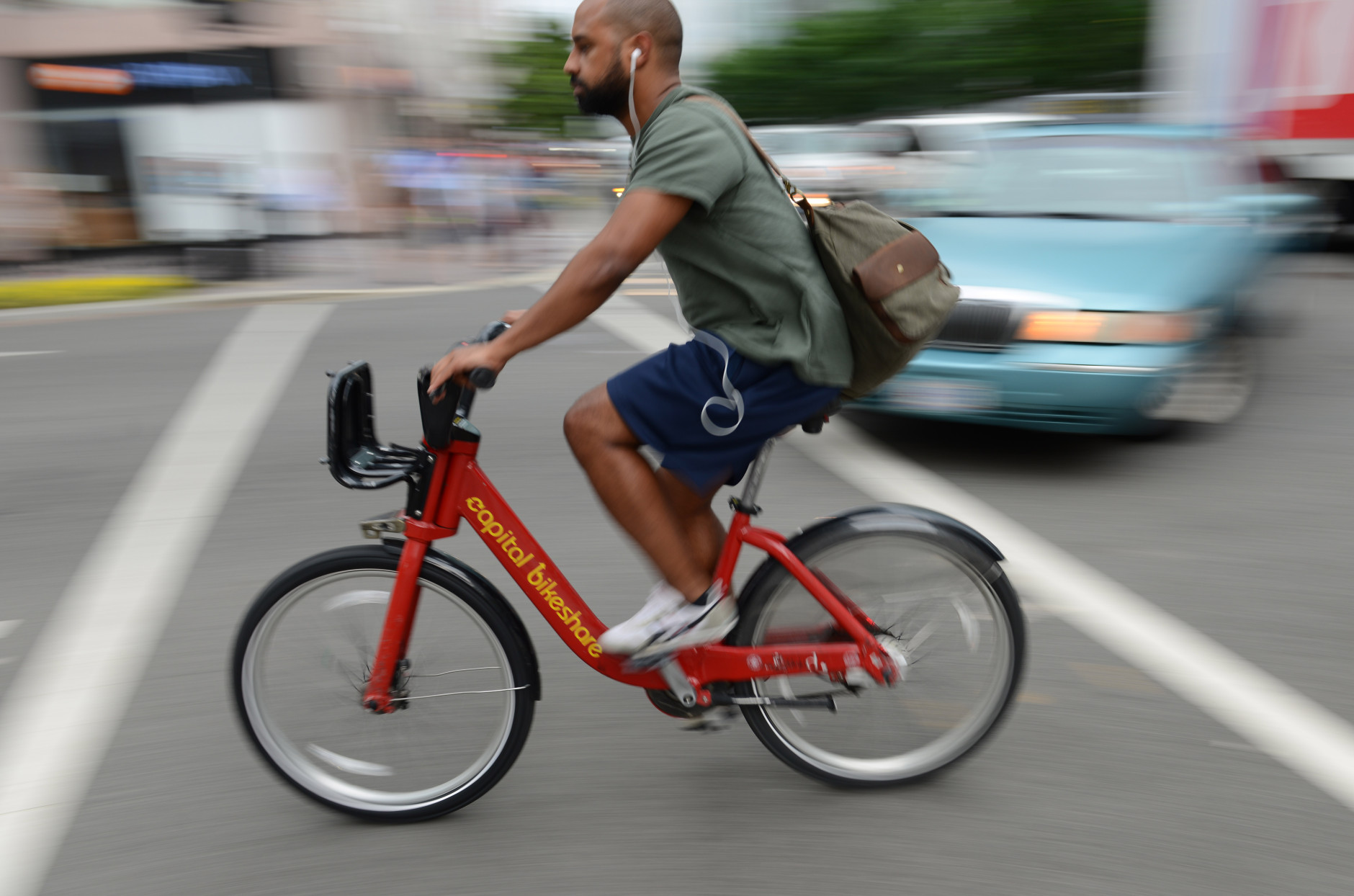 By acquiring Motivate, Uber’s chief rival will take over the docked systems in New York, D.C., San Francisco, and more.

Most people know Lyft as a peppy upstart nipping at Uber’s heels, but the ride-hailing company just became America’s leader in bikesharing.

On Monday, Lyft announced the acquisition of Motivate, a New York-based company that currently operates bikeshare systems in some of the largest, densest U.S. cities. That includes the four largest station-based bikeshare systems, with New York’s Citi Bike, Chicago’s Divvy, D.C.’s Capital Bikeshare, and Boston’s Bluebikes. Those four systems alone generated 74 percent of the 35 million bikesharing trips—docked or dockless—taken in the United States in 2017, according to NACTO’s annual bikesharing report. Motivate is also getting a new name: Lyft Bikes.

Just months after Uber acquired the dockless electric bikeshare startup Jump, Lyft’s acquisition of Motivate is another big move by a ride-hailing company toward the goal of “mobility as a service.” Lyft reportedly picked up Motivate for $250 million while Uber reportedly spent $200 million on Jump. Meanwhile, the Financial Times reports that Alphabet (Google’s parent company) has invested directly in LimeBike, hopping on a $300 million funding round as the company sees success with scooter-sharing. All signs point to little vehicles as the way of the future, indeed.

Lyft’s announcement nods to how the deal could work out for cities; taking over all those contracts with city halls should further reign in the notion that the ride-hailing company is a rogue operator. “Bringing together Lyft and Motivate will accelerate our collaboration with cities and deliver even better experiences to our passengers and riders,” said John Zimmer, Lyft’s co-founder and president, in the company’s announcement. As ride-hailing runs up against the limits of road congestion (maybe even contributing to its increase), transportation watchers are waiting to see what happens now that both of the two major ride-hailing companies have skin in the bikesharing game.

With some pilot projects launching late last year, it’s too early to tell what happens as dockless, private bikeshare companies like LimeBike, Ofo, Mobike, Pace, and Spin sprout up across the country. But Motivate is basically the Establishment of bikeshare: In one iteration or another, cities know and trust it. And now it’s operated by Lyft.

Even the docked-dockless dichotomy soon won’t work as a shorthand in bikeshare taxonomy. Motivate has deployed dockless components in their systems, including Portland’s Biketown and the Bay Area’s Ford GoBike. The company just announced it will begin to operate Nice Ride Minnesota, a dockless system in the Twin Cities. But in other cities, the footprint of Motivate’s publicly-owned but privately-operated bikeshare systems has limited dockless pilots. Only D.C. has allowed private dockless companies to operate alongside a Motivate-operated system, while New York, Chicago, and Boston have limited pilot permits to neighborhoods, suburbs, and campuses.

While the origins of docked systems relied on public-private partnerships to get rolling, a new infusion of cash from a company like Lyft, which just saw its evaluation double over the past year, could be the boost the company needed, as some of its earliest systems hit the second half of their lifecycle and the longevity of private dockless bikeshare remains an open question. But Lyft’s acquisition is an acknowledgment that to reach more customers, you need more than just cars.

“How we get around cities is changing rapidly, and the combination of Lyft and Motivate will bring tremendous new resources and energy to making sure that bikeshare plays a fundamental role in the new urban mobility,” said Steve Koch, executive chairman of Motivate, in the Lyft announcement. “Together, we believe that integrating our services in partnership with the public sector will transform the urban transportation landscape, increase bike ridership, and make our cities better.”