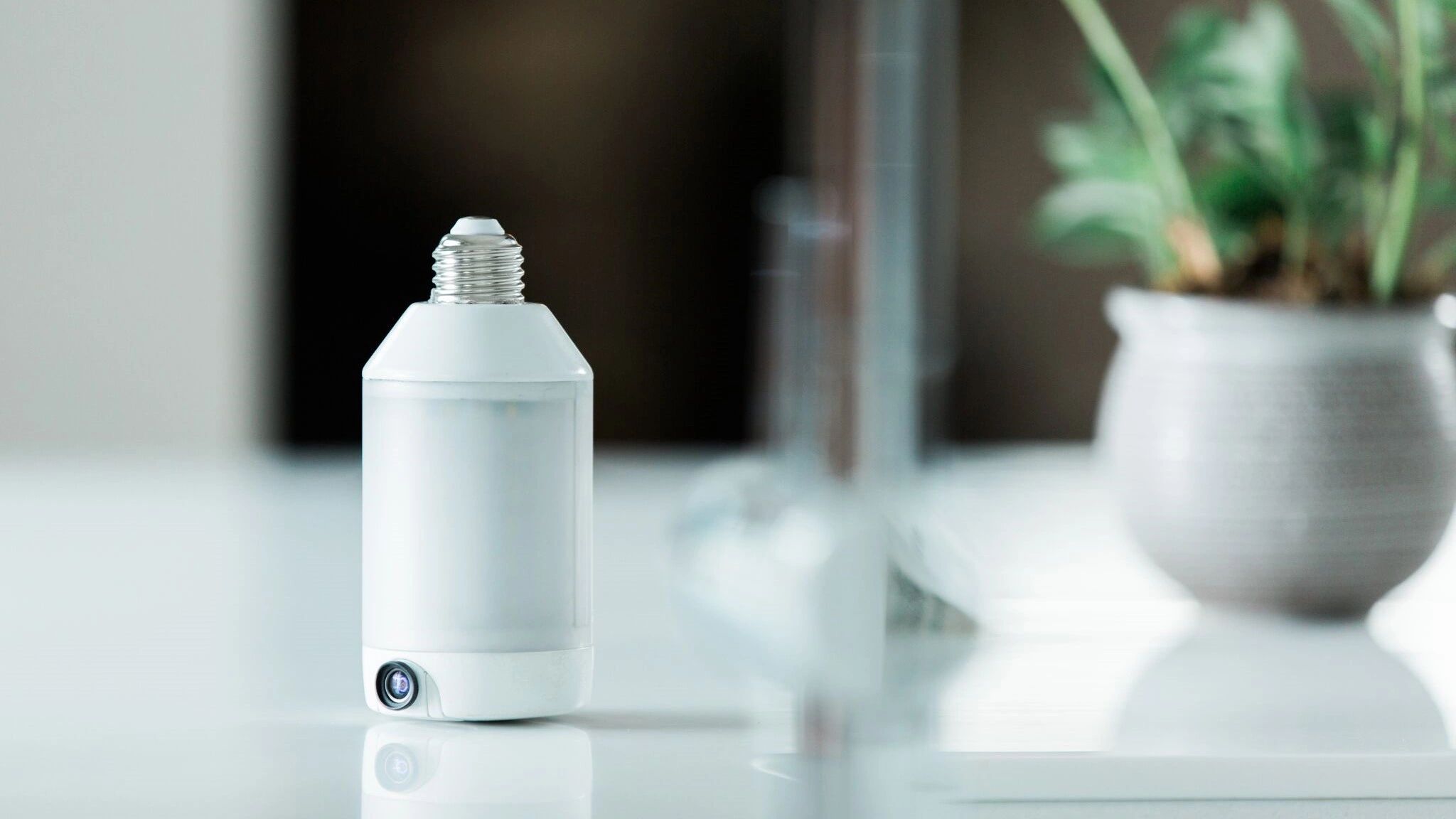 Why install two smart home devices when you can just install one? Here to help you reduce clutter in perhaps a rather surprising way is the new LightCam, a smart light bulb that doubles as a home security camera. With this new device, installing a security system is as easy as screwing in a light bulb.

Designed to work alongside any standard light socket, the LightCam needs only to be placed in an existing light fixture in order to begin illuminating and monitoring your home or office space. Set up promises to be straightforward – simply download the LightCam app, scan the QR code, screw in the LightCam lightbulb, and connect LightCam to your Wi-Fi network. From there, you should be able to monitor both your light and your home camera from anywhere in the world.

The sleek and low profile design allows the LightCam to blend in seamlessly with just about any lamp or lighting structure you may already have, and the bulb is hardy enough to be used both in and outdoors.

“We designed LightCam to be a versatile and affordable security camera for your home,” said Daniel Swiss, the inventor of LightCam. “LightCam requires no drilling, no wires, and no hassle. You just plug it in, turn it on and it works.”

Thanks to the camera’s infrared sensors, the LightCam is able to “see” up to 25 feet in the dark, and the 1080p HD camera gives users access to detailed images on their phone, tablet, or computer. Like any other smart camera, the LightCam comes with a motion detector, so if the bulb senses movement, it will send you a notification. There’s also a built-in speaker and microphone that allows you to speak with a guest (though getting your guest to talk into the light may be a bit challenging).

The LightCam is capable of recoding around seven days of rolling HD video thanks to its encrypted, built-in storage capacity, and for more storage space, simply back up the camera to your phone, computer, or cloud storage solution like Dropbox, Google Drive, and more.

The smart light bulb extends downward and rotates an entire 360 degrees, which means it ought to be able to accommodate nearly any lens angle. And with its unique, patent-pending lens skirt, the LightCam should be able to avoid lens glare even in enclosed glass light fixtures.

Of course, you should always exercise caution when backing any crowdfunded project, but if you’re interested in further exploring the LightCam, the team is offering early bird pricing of $109. Shipment is expected for August 2018.