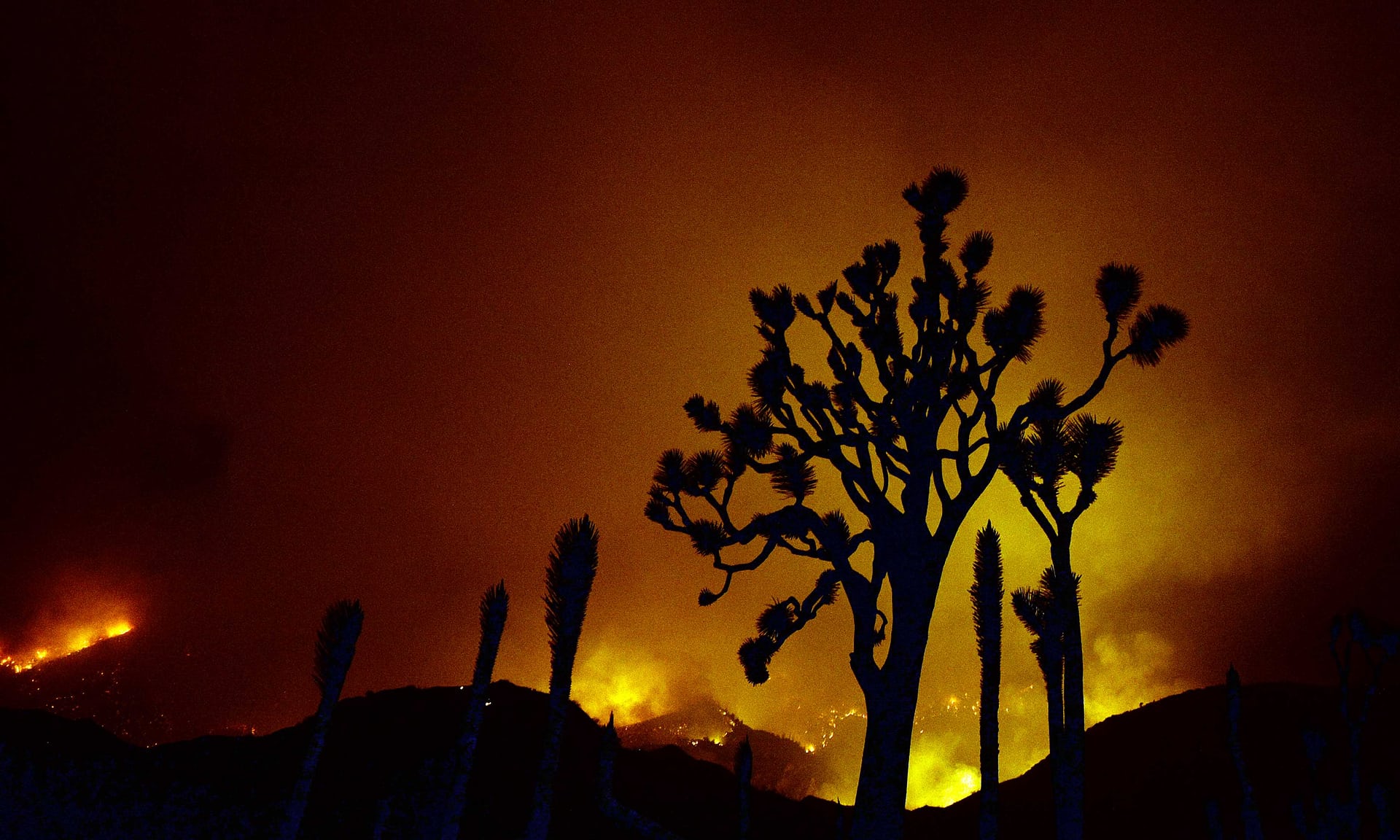 Climate change is the story you missed in 2017. And the media is to blame

Some of Trump’s tweets generate more national coverage than devastating disasters. As the weather gets worse, we need journalism to get better

Which story did you hear more about this year – how climate change makes disasters like hurricanes worse, or how Donald Trump threwpaper towels at Puerto Ricans?

If you answered the latter, you have plenty of company. Academic Jennifer Good analyzed two weeks of hurricane coverage during the height of hurricane season on eight major TV networks, and found that about 60% of the stories included the word Trump, and only about 5% mentioned climate change.

Trump doesn’t just suck the oxygen out of the room; he sucks the carbon dioxide out of the national dialogue. Even in a year when we’ve had string of hurricanes, heatwaves, and wildfires worthy of the Book of Revelation – just what climate scientists have told us to expect – the effect of climate change on extreme weather has been dramatically undercovered. Some of Trump’s tweets generate morenational coverage than devastating disasters.

Good’s analysis lines up with research done by my organization, Media Matters for America, which found that TV news outlets gave far too little coverage to the well–documented links between climate change and hurricanes. ABC and NBC both completely failed to bring up climate change during their news coverage of Harvey, a storm that caused the heaviest rainfall ever recorded in the continental US. When Irma hit soon after, breaking the record for hurricane intensity, ABC didn’t do much better.

Coverage was even worse of Hurricane Maria, the third hurricane to make landfall in the US this year. Not only did media outlets largely fail to cover the climate connection; in many cases, they largely failed to cover the hurricane itself.

The weekend after Maria slammed into Puerto Rico, the five major Sunday political talkshows devoted less than one minute in total to the storm and the humanitarian emergency it triggered. And Maria got only about a third as many mentions in major print and online media outlets as did Harvey and Irma, researchers at the MIT Media Lab found.

When Trump visited Puerto Rico on 3 October, almost two weeks after Maria assailed the island, he got wall-to-wall coverage as journalists reported on his paper-towel toss and other egregious missteps. But after that trip, prime-time cable news coverage of Puerto Rico’s recovery plummeted, Media Matters found, even though many residents to this day suffer from electricity outages and a lack of clean water, a dire situation that deserves serious and sustained coverage.

Scientists have been telling us that climate change will make hurricanes more intense and dangerous, an unfortunate reality made all too clear by this year’s record-busting hurricane season. “These are precisely the sort of things we expect to happen as we continue to warm the planet,” climate scientist Michael Mann, a distinguished professor of atmospheric science at Penn State, told Huffington Post.

But while nearly three-quarters of Americans know that most scientists are in agreement that climate change is happening, according to recent poll, only 42% of Americans believe climate change will pose a serious threat to them during their lifetimes. Too many still believe – wrongly – that climate disasters are just something that will happen in the future. They are happening now.

In the first nine months of 2017, the US was assailed by 15 weather and climate disasters that each did more than a billion dollars in damage – in the case of the hurricanes, much more. The combined economic hit from Harvey, Irma and Maria could end up being $200bn or more, according to Moody’s Analytics. And then in October, unprecedented wildfires in northern California did an estimated $3bn in damage.

Climate change can be hard to see and intuitively grasp. It’s a relatively slow-moving scientific phenomenon caused by pollution from all around the globe. It’s not usually dramatic to watch like a candidate debate or the fallout from a White House scandal.

But an extreme weather event is a moment when people can see and feel climate change – and if they’re unlucky, get seriously hurt by it. When those disasters happen, media outlets need to cover them as climate change stories. And when a number of them happen in quick succession, as they did this year, the media have an even greater responsibility to report the big-picture story about climate change and help the public understand the immediacy of the threat.

If we are to fend off the worst possible outcomes of climate change, we need to shift as quickly as possible to a cleaner energy system. We could expect more Americans to get on board with that solution if they more fully understood the problem – and that’s where the critical role of the media comes in. As the weather gets worse, we need our journalism to get better.