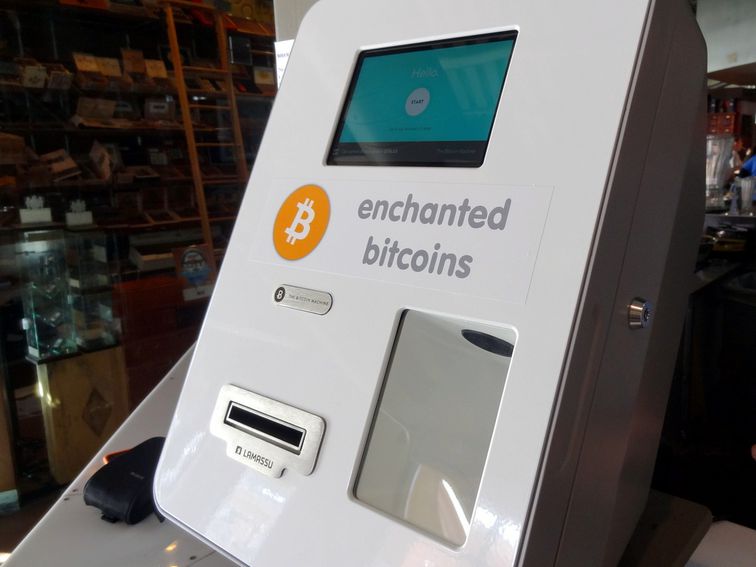 Bitcoin at 10: Still waiting for the revolution

Commentary: The O.G. of the cryptocurrency and blockchain world was born a decade ago. Today it’s bigger than ever but still not what it set out to be.

Ten years ago, as the global economy was in the middle of the worst meltdown in generations, a savior was born. At least, that was the hope. On Oct. 31, 2008, a paper outlining a new “peer-to-peer electronic cash system” called bitcoinquietly appeared online.

A decade later, bitcoin and the blockchain technology that underlies it are among the most talked about innovations, but there’s often vociferous disagreement about whether they’re leading a revolution or a bubble bursting in slow motion.

Over the past several years, I’ve attempted to use cryptocurrencies across the real world and gone down the rabbit hole of blockchain technology, but the most detailed analysis I can offer is that the future still seems cloudy.

It’s easy to imagine a tomorrow in which blockchain and bitcoin are the next Internet: a ridiculously disruptive set of technologies that change nearly everything they touch and remake the world in their own image.

But many others say the tech is flawed without a solid use case (aside from buying drugs and other illicit things off the dark web) and uses so much energy a recent study found it is a significant contributor to climate change.

Right now various blockchain startups promise to use the peer-to-peer transaction technology to revolutionize everything from our financial system and how we vote to improving today’s maligned social networks. Some even offer better ways to get fresh fruit into your shopping cart.

And yet, whenever I have made an earnest attempt to use the original blockchain the way it was originally envisioned, the experience has been far from revolutionary.

Back in 2014, with a total of 10 bitcoins to my name, I tried to complete a road trip around the US Southwest using only bitcoin. I mapped out the limited bitcoin ATMs and establishments willing to accept the cryptocurrency in the region. As a backup, I secured an oddball debit card backed by a Polish bank that allowed me to deposit bitcoin into an account that I could then tap into using the card connected to the Mastercard network. In theory, the card was simply a means of converting bitcoin to dollars at the point of sale, which was kind of a cheat, I suppose.

The bitcoin ATM I planned to hit in Albuquerque had vanished, employees at cafes and other establishments advertised as bitcoin-friendly had no idea how to accept the currency and some of the funds I moved to my bitcoin debit card also went MIA, never to be seen again.

The dream of an alternate currency was more of a nightmare in the wild in those early days.

Three years later, in 2017, while I was traveling in Singapore and Indonesia, the price of bitcoin began to skyrocket.  I had all but forgotten about the fractional amounts of bitcoin and other cryptocurrencies I had held on to following my road trip experiment.

Unfortunately, I sold 9 of the 10 bitcoins I originally purchased in 2013 for what seemed like a nice little profit at the time that helped pay maybe one month’s rent. Had I held onto all ten and sold at the peak of bitcoin’s value in late 2017, I would have had enough to buy the place I was renting at the time.

My story isn’t remarkable. In fact, you’ve probably heard someone else tell it over the last year as bitcoin and other cryptocurrencies reached new stratospheric heights last year, peaking at around $20,000 for one bitcoin. Today the price hovers around $6,500, but that’s still up from around $1,000 at the start of 2017, $100 in mid-2013 and way up from the fraction of a single penny that a bitcoin was worth when 10,000 bitcoins were used to buy a pizza in 2010. That pizza right now would be worth about $63 million.

The million-dollar pizza is perhaps the most famous bit of anecdotal bitcoin lore. But the ironic thing is those hungry cryptocurrency enthusiasts were using bitcoin the way it was meant to be used. That’s not happening a lot today with bitcoin’s volatile price history.

Those factors have made bitcoin more of a speculative investment like gold or stocks rather than a way to buy coffee or pizza. There’s even a popular meme and slang term for keeping bitcoin over the long term rather than spending it — it’s called “hodling,” which can be traced back to an allegedly inebriated bitcoin forum user who misspelled “holding” in a post, but the drunken version of the word stuck.

As the price of bitcoin peaked last December, I found myself on the island of Bali where a small group of mostly expatriate bitcoin enthusiasts were working to build up the island’s crypto economy. A popular co-working space advertised a bitcoin ATM like the one that I failed to find in Albuquerque years earlier. A number of tourist establishments were accepting cryptocurrencies and someone had famously used bitcoin to buy a villa on the island.

I left Asia thinking perhaps bitcoin’s moment had finally arrived as cryptocurrency hype reached a fever pitch at the end of the year.

But within weeks of returning home, I heard word that Indonesia’s central bank had declared the use of cryptocurrencies as a means of payment in place of the official currency, the rupiah, to be illegal. There were reports of a crackdown and even undercover “sting” operations targeting the nascent crypto community on Bali.

Once again, the realization of the original vision for bitcoin, even on just one Indonesian island, seemed to have been dashed.

Ten years after bitcoin was conceived as a new currency untethered from the often uneasy relationship between money, governments and banks, its promise has yet to be fulfilled, even as it increasingly seems here to stay.

Today there’s a funky USB dongle that sits in my fire-proof safe along with some passports, birth certificates and other hard-to-replace items. It’s a cryptocurrency hardware wallet that stores the digital keys I need to access my portfolio of Bitcoin and other tokens.

This is the reality of bitcoin on its 10th birthday: Bitcoin purchases of pizza and real estate are still curiosities and far from commonplace. It has yet to usurp the dollar, or any other fiat currency, for that matter. But it remains the dominant cryptocurrency and a beacon of what might still be possible.

So for now, the bits of code that make up my cryptocurrency stash will remain inactive somewhere in the digital ether as I and countless others wait to see what the future holds or rather, hodls.