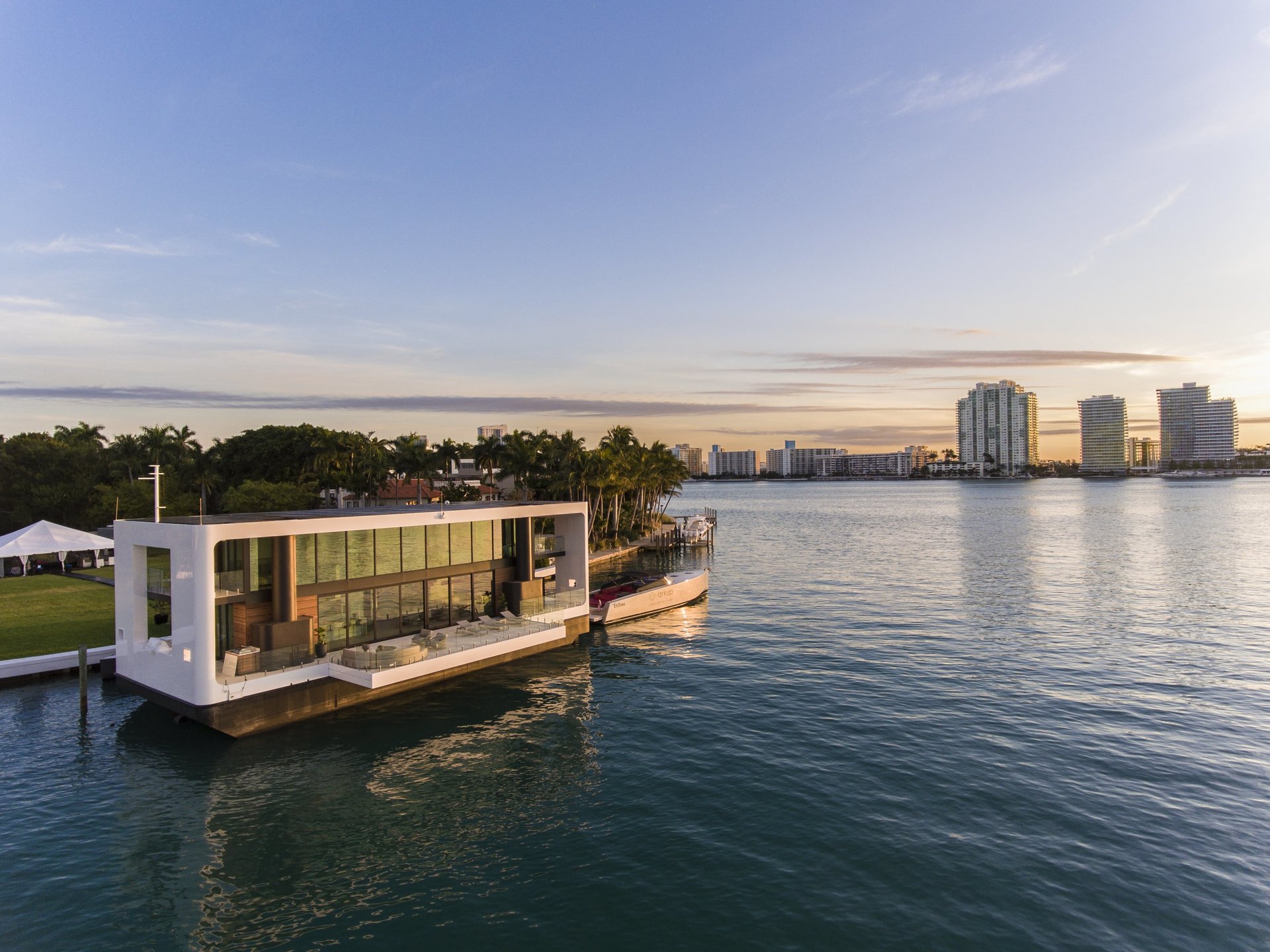 A $6 million floating home that can withstand Category 4 hurricanes is now a reality. Take a look inside.

When the housing startup Arkup revealed its plan to build a floating, hurricane-proof yacht in 2017, South Florida had just witnessed the devastating effects of Hurricane Irma, a Category 4 storm that destroyed hundreds of residences.

The company’s models were designed to weather a storm of that magnitude, but it would be another two years before one became a reality.

In February, Arkup debuted its first floating residence at a yacht show in Miami. Climatologists have pointed to the city as one of the areas most vulnerable to climate change.

The price tag for a fully furnished residence is steep — just under $6 million — but Arkup has plans to deliver smaller, more affordable units down the line. The company is accepting offers on its first model, as well as future models that have yet to be built.

For now, the yacht’s solar-powered roofs and hydraulic anchoring system come at a high cost. Its sleek designs also cater to luxury clients who often prefer to live on or near the water.

Luguet saw floating homes as a way to make communities more resilient. He teamed up with Nicolas Derouin, an executive who shared his passion for the ocean and renewable energy, to create Arkup in 2016.

“We wanted to provide the next generation of floating homes or house boats that would be self-sufficient, sustainable, and also mobile,” Derouin told Business Insider.

Arkup’s model was inspired by floating houseboats in the Netherlands, where it’s common to live on the water.

Luguet and Derouin partnered with the Netherlands-based architecture firm Waterstudio, which specializes in designing floating homes.

Both Arkup and Waterstudio envision a future in which entire neighborhoods are built on the water in major cities such as New York and Miami.

Arkup’s first-ever model can be built on either land or water.

At 4,350 square feet, the home contains a customizable layout of four bedrooms and four-and-a-half bathrooms. It’s also mobile, so it can be driven to new locations.

Hydraulic studs anchor the yacht in place so it can withstand winds of up to 155 mph.

Although the home is designed to bob with the water during a storm, Derouin said the studs help stabilize the structure to prevent motion sickness among residents.

“We wanted [residents] to be as safe and comfortable in the house as they would be on land,” he said.

The yacht’s jack-up system allows the vessel to be lifted up to 20 feet above water.

Scientists predict the US could see nearly 6 feet of sea-level rise by the end of the century under the most extreme climate conditions. Arkup’s homes would clear these water levels, Derouin told Business Insider.

Residents can disconnect from sewage lines thanks to a system that collects, stores, and purifies rainwater.

The homes also have zero emissions and are powered by rooftop solar panels.

Derouin said Arkup’s next venture is to build floating communities and resorts.

The company hopes to use modular construction to build multiple units on the water. Derouin said Arkup has been in talks with private-island owners about developing floating communities.

The company is also interested in creating more affordable models, such as a floating complex of student homes. Derouin said Arkup is looking into building a “ranch” of smaller yachts that are each about 1,600 square feet. By building smaller, he said, Arkup can reduce its price tag.