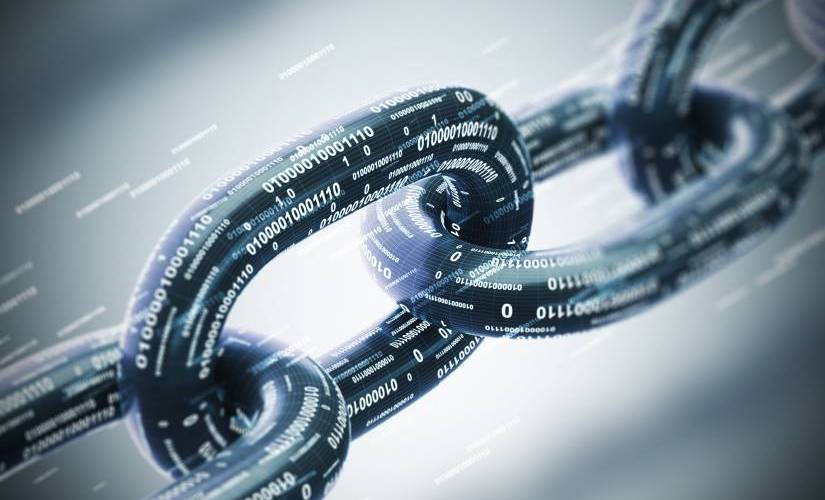 9 Blockchains Transforming the Way We Pay, Play, and Work

Look past digital currencies’ nosebleed pricing volatility, and you’ll discover a robust, decentralized, secure database. Brands and technologists are quickly figuring out how to put this powerful ledger to good use. Here are several real-world examples that demonstrate cryptos’ underlying blockchain technology is well worth the media hype.

The first blockchain is the decentralized ledger behind the digital currency bitcoin. Gregory Barber introduces bitcoin and blockchain in layman’s terms in The WIRED Guide to Blockchain:

“The ledger consists of linked batches of transactions known as blocks (hence the term blockchain), and identical copies are stored on each of the roughly 60,000 computers that make up the bitcoin network. Each change to the ledger is cryptographically signed to prove that the person transferring virtual coins is the actual owner of those coins. No one can spend their coins twice, because once a transaction is recorded in the ledger, every node in the network will know about it.

“The idea is to both keep track of how each unit of virtual currency is spent and to prevent unauthorized changes to the ledger. The upshot: No bitcoin user has to trust anyone else, because no one can cheat the system.”

Bitcoin’s success is evident in its consistently high growth rate. Since its launch in 2009, the blockchain has grown to roughly 226.6 gigabytes in size.

Today, Overstock.com, Microsoft, and thousands of small retailers accept payments in bitcoin. Merchants love bitcoin because it eliminates the hefty transaction fees imposed by the likes of Visa, Mastercard, and PayPal. They can also use bitcoin across geographies without restrictions.

Contrary to popular belief, merchants don’t need to hold digital currencies in order to sell and therefore, do not risk price fluctuations. Anyone can trade into and out of bitcoin any time they want, without constraints.

According to the Blockchain Council, leaders in the payments industry may also be cozying up to blockchain. Mastercard has filed over 30 blockchain-related patents, including some under the title of “Method and System For Instantaneous Payment Using Recorded Guarantees.” This move suggests that they are building blockchain-based payment gateways. Bank of America has also applied for blockchain-related patents.  They may be using blockchain to save billions of dollars in cross-border payments every year.

Digital payments are just the beginning. Blockchain shows early signs of disrupting gaming, retail, financial services, healthcare, real estate, and everything in between. These real-world use cases illustrate the digital payment potential.

Fortnite’s blockbuster success “demonstrates that entirely free games can make developers billions in annual revenue through cosmetic, in-app purchases of everything from angelic wings to questionable dance moves, none of which makes them better players,” wrote Destructoid writer Sponsor Desu. The race to become the dominant blockchain marketplace for in-app purchases isn’t just fun and games. Worldwide in-app purchase revenues topped $37 billion in 2017, according to Statistica.

To address this market, Terra Virtua (an AR/VR platform for digital collectibles) partnered with WAX Blockchain to enable gamers to take real dollars-and-cents ownership of in-game purchases. Gamers can interact in AR with thousands of digital and real-world items in the popular OPSKINs marketplace. Another benefit is they can buy, sell, and gift their digital assets without limitations.

Cyrus Charter Property and Land Company is piloting ShelterZoom’s early-stage real estate management platform. Adding ShelterZoom’s “Buy Now” and “Rent Now” widgets to the property listing site is the first step.  The end goal is to streamline the entire process, from offers and acceptance to the exchange of ownership.

Verification and enforcement protocols may soon be built directly into Smart Contracts. These trackable, immutable transactions will save buyers and sellers from paying hefty commissions and fees currently charged by brokers, lawyers, and bankers. Blockchain will make the transaction process much quicker by eliminating the back-and-forth between go-betweens.

Civic’s Secure Identity Platform aims to return control over personal IDs to their rightful owners — the consumers themselves.
Fraudsters claimed a record 16.7 million victims in 2017.  They stole $16.8 billion from U.S. residents alone, according to Javelin Strategy & Research. Beginning this fall, Civic wallet users can create a multifactor, biometric authentication without the need for traditional security devices. There are no physical IDs, knowledge-based authentication, username/passwords, or two-factor hardware tokens.  The requestor can access secure, encrypted data on the blockchain, without exposing the wallet user to data breach risks.

More broadly, BIS Research estimates adoption of the blockchain technologies could save up to $100-$150 billion per year by 2025 in data breach-related costs. For example, these include IT costs, operations costs, support function costs, and personnel costs, as well as reduced fraud and counterfeit products.

A New Era of Business Applications

Big brands are also embracing blockchain and are disrupting their industries from within.

Financial services firm JP Morgan and the Depository Trust & Clearing Corporation are testing out blockchains technologies to improve the process of transferring the ownership of stocks and bonds. Whereas investors can buy and sell stocks near-instantly using existing market technologies, the actual transfer of ownership can take days. Digitizing the process with blockchain can dramatically speed the exchange in ownership while reducing costs associated with managing transactions.

Digitizing the food chain reduces the likelihood that tainted food will reach consumers. In a 2018 pilot, Walmart traced a package of produce to its source in 2.2 seconds rather than in seven days. Walmart, therefore, decided to move into production.  As next steps, they require leafy green vegetable suppliers to upload their data to the blockchain by September 2019.

Other retailers signing onto IBM’s Food Trust blockchain platform include Golden State Foods, Carrefour, and Albertsons. According to IBM, grocers that implement its platform also benefit from a reduction in bottlenecks and food waste, an enhanced brand reputation for safety and quality, and improved food freshness.

Increased Accountability Throughout The Supply Chain

DeBeers Group, the world’s largest diamond company, wants to shut down production of so-called blood diamonds. Diamond producers mine these diamonds under violent circumstances and often unstable conditions.  Its sales continue to fund regional conflicts. In a 2018 pilot, De Beers digitally tracked 100 high-value diamonds’ journeys from mines to retailers. The Tracr platform stores unique global IDs for each diamond, including attributes such as carat, color, and clarity and verifies data at each stage of the diamond’s journey.

Thanks to greater transparency and easy trackability, consumers will feel confident that registered diamonds are natural and conflict-free.  At the same time, participating diamond manufacturers (including Diacore, Diarough, KGK Group, Rosy Blue NV, and Venus Jewel) will enjoy greater efficiencies across the diamond value chain. To attract competitors, Tracr allows consortium participants to remain in full control of whatever they share with other participants through the use of privacy controls.

Even though blockchain is in its early stages, it’s a proven solution. Blockchains create transparency and trust, streamline transactions, ensure security and privacy, and validate and document items at every step. You can, therefore, expect its many applications to bring profound changes to the ways we pay, play, and work.