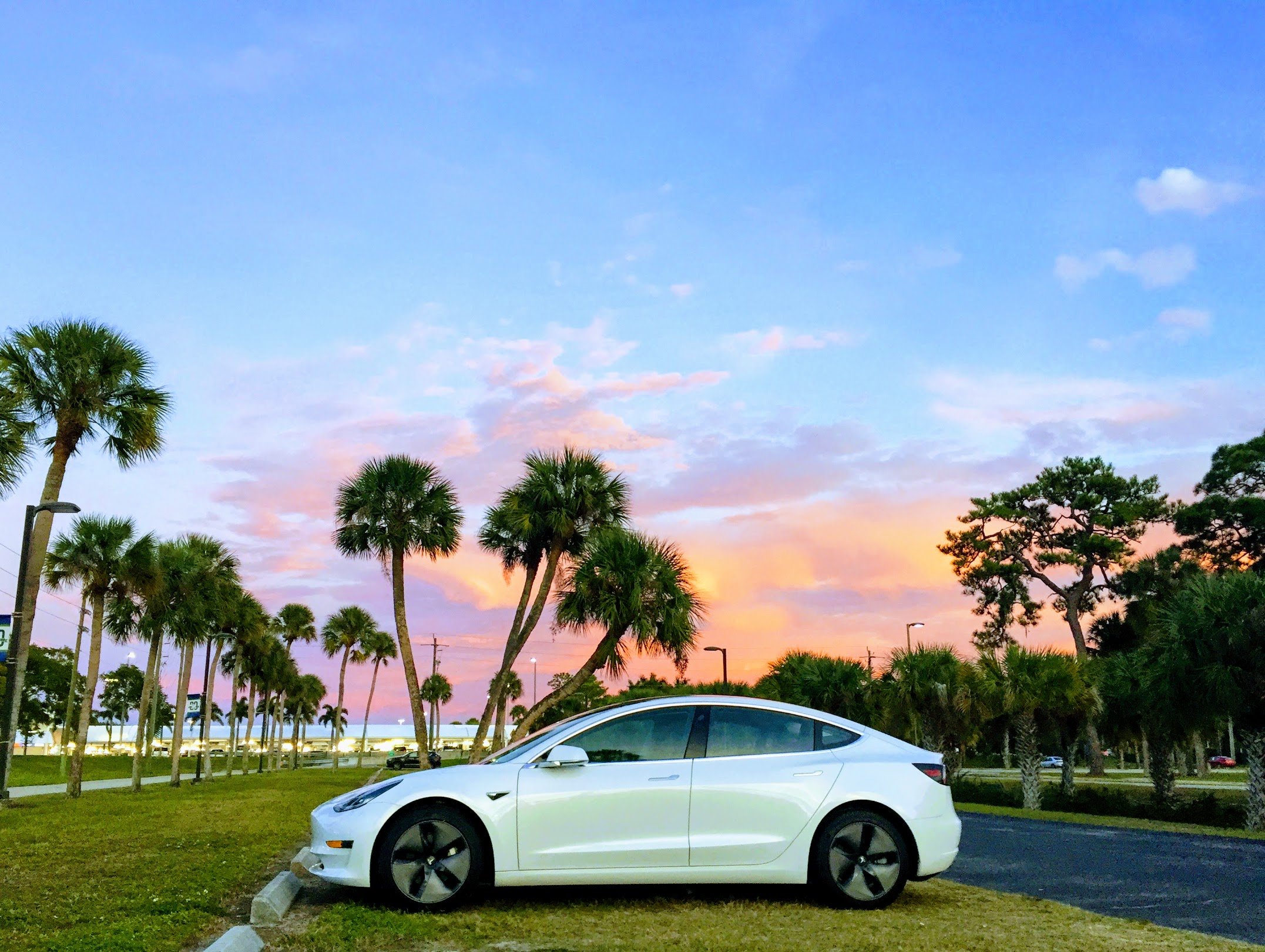 2018 Was A Giant, Awesome Year For Tesla — Because Elon Musk

Tesla set record after record in 2018. It passed up automaker after automaker in terms of sales as well as market cap. And it actually started turning a profit. Let’s have a closer look as 2018 comes to a close.

If you talk to a common Joe, John, or Alice on the street about Tesla, there’s a good chance they’ll say something about Elon being loopy doopy or on drugs, or something about Tesla being nearly bankrupt. Well, from my experience, they bring up these things in question format — “Isn’t Elon …? Isn’t Tesla …?” I have to admit, it’s a bit annoying that these are the first things that tend to come to people’s minds when they hear about Tesla, but it’s where we are after a wild & crazy year for Tesla’s public image.

Of course, thanks to our #Pravduh series and everything that led to it, I understand fairly well how it is that so many normal people have such knee-jerk negative responses to Tesla and Elon. Frankly, correcting the record and communicating the cleantech story much more accurately is a big reason why CleanTechnica is in business.

Stepping away from the topic of image for a minute and getting into numbers, the powerful root story we can see is that Tesla had a stunning year. Yes, despite what the mainstream media might tell you, 2018 was a giant, awesome step forward for Tesla. Also, as Elon said in the middle of the year, it was probably the last “bet the company” growth & development period for the cleantech  giant.

The year, admittedly, started off with a challenging production ramp for the Model 3. Tesla CEO Elon Musk was sleeping at the factory and working insane hours, and he was surely not the only one super stressed by challenges getting Model 3 production up to 5,000 units per week. Nonetheless, with time and perseverance, they got the job done and Tesla Model 3 deliveries soared. The net results are the mind-boggling sales results we’ve seen in recent months as well as Tesla’s soaring market cap (at the same time as competing automakers have seen their valuations fall).

In the third quarter, Tesla had far more global sales than Porsche and nearly twice as many global sales as Jaguar (official figures from all three companies).

In the US, Tesla became the top seller of luxury cars, and one of the top luxury automakers (despite not having a crossover on the market and only selling three models).

Tesla Model 3 sales soared so high that the sedan doesn’t seem to belong in the luxury car category. Combining all small & midsized luxury cars from other automakers makes the competition seem more fair, and I would say is appropriate since Tesla doesn’t have a small luxury car on the market and has only one midsized car. That said, the price of the Model 3 indicates it should just be competing in the midsize luxury car category, despite the lopsided sales charts that result.

The high sales warrant comparing the Model 3 to cheaper, higher selling cars. Despite the much higher price than its neighbors on such charts (other cars in the top 20), the Model 3 rose into the top 5 of US car sales in recent months and the top 10 of US auto sales. Even for the year through November, the Model 3 is sitting just on the outskirts of the top 10.

The Model 3 also became the top selling car in the US from an American car company, quite an achievement after just 15 years of corporate life and 6 years after the company’s first mass-production car (the Model S) hit the market.

Tesla CEO Elon Musk and his supporting cast forecasted for months that Tesla would achieve a net profit in the 3rd quarter or at least 4th quarter of 2018, and indefinitely from there on out. The story-warping financial press and prominent short sellers wouldn’t believe it, keeping TSLA the highest shorted stock on the market much of the year. None of the skepticism kept Tesla from achieving that target, though.

Just before the 3rd quarter conference call, a vocal financial firm that had been short TSLA for 5 years flipped and went long (citing several CleanTechnica sales charts and narratives in the process). In one day that flip appeared to drive $1.11 billion in Tesla market cap growth. Shortly afterward, Tesla’s 3rd quarter finances came out and the stock soared higher. In the end, sales = money, and money chases money.

As it stands, as the year comes to an end, only two auto companies are worth more than Tesla, and both of those companies saw declining market caps in 2018.

Actually, all major automakers except for Tesla saw their market caps decline in 2018.

I almost skipped over one of the most consequential Tesla stories of the year: The Model 3’s NHTSA safety score was so good that it indicates the Model 3 is a step change safer than the Model S and Model X. Together, the three Tesla models had the best NHTSA safety scores in history. In other words, if you want a safe car, buy a Tesla!

Okay, I’ll cover the tweets too. Elon Musk probably shot off more than 1,000 tweets in 2018. (It felt like there were more than 1,000 on some individual days.) Those tweets highlighted great Tesla news and op-eds (including numerous stories from CleanTechnica), hinted at coming Tesla features, responded to unwarranted and false criticism, and crowdsourced ideas for Tesla product features. A couple of them also got Elon into trouble with the SEC and certain critics. Our opinion at CleanTechnica is that Elon was fully in the right to tweet what he tweeted about Tesla potentially going private, but we also agreed with his decision to settle the case promptly with the SEC and move on.

The most consequential Tesla-related tweets of 2018 were surely Elon Musk’s tweets that he was considering taking Tesla private at $420 per share, if shareholders approved. Because of all the misleading and outright false nonsense thrown at Tesla and Elon Musk by short sellers and their minions, as well as overall short-sightedness of Wall Street, we supported Tesla going private. However, we also sided with Elon Musk’s eventual decision to stay public in order to 1) make sure small retail investors could remain shareholders and 2) avoid a long, drawn-out privatization process at such a critical point in Tesla’s growth and development.

We are upset to see the SEC limiting what Elon Musk can now tweet, and not just because he has tweeted or given a ♥ to our articles so many times this year. Much attention is put on the fact that Tesla doesn’t pay to run traditional advertising online or on TV, but Twitter is an important, powerful tool Elon uses in order to stimulate sales, share fun and exciting news, and involve the public in Tesla decision making (a key, atypical part of that $420 tweet that should have been praised rather than prosecuted). In the coming weeks and months, we’ll see how the new clamps on Elon’s tweeting actually affect things, but we hope not much.

Best Car on the Planet

Gliding through the Tesla Model 3 sales charts, I neglected to point out one thing which I figured was implied well enough, but maybe not: the Tesla Model 3 is a stunning piece of art, engineering, and vision. It is arguably the best car on the market (unless you prefer the larger Tesla Model S). Its performance is insane, especially for the price. As noted above, it’s the safest car on the market. It has the most advanced tech available in a commercially available car. And its minimalistic design is supreme to many (and, admittedly, not to others).

Furthermore, its low operational costs make it competitive with the Toyota Camry, Honda Accord, or Toyota Prius on a total cost of ownership basis.

How do you beat that combo?

Well, maybe with an equally compelling electric crossover? Stay tuned for 2019 Tesla coverage for more on that vehicle.

There’s one more comment to make before closing, though. I’ve been covering Tesla for approximately 6½ years. In that time, darts have certainly been thrown at Elon from time to time, but 2018 was a special year. Arrows started getting shot at him in high volumes. Critics and short sellers who had long been attacking Tesla and SolarCity swung into a new modus operandi — attack Elon, attack Elon, attack Elon.

Many of these attacks come in the form of “concern trolling.” Common claims go something like this:

I’d say that nearly everyone who has followed Tesla for years and genuinely supports the company has a completely different opinion. There’s no way in hell Tesla would be here today if it weren’t for Elon. There’s also a solid chance that if Elon didn’t step into high gear and take over Model 3 production in the past year, the company would have failed and potentially even collapsed. Elon has a highly praised ability to solve problems and to cross disciplines of expertise in order to improve engineering and production tasks. He also excels at making tough decisions that carry risk but also much promise.

Elon Musk is Tesla’s second greatest asset — only behind its many awesome fans, another thing concern trolls like to attack. (Admittedly, JB Straubel should be in the running for most valuable asset as well, and at least on the podium. And other leaders in the company, like Jerome Guillen and Deepak Ahuja also don’t get enough praise.) Counter to what many Tesla foes would like you to believe, Elon Musk is still the best person to lead the company and much of its high valuation is based on him staying at the helm. Much of the money betting on Tesla is actually betting on Elon, because he executes on enormous dreams and long-term vision.

Elon Musk isn’t a saint, but he is the heart of Tesla and potentially the most brilliant CEO on the planet. 2018 was a giant, awesome year for Tesla because of Elon Musk.

Despite what the hugely misled and misleading financial and business press would like you to believe, Tesla had the wonderful year it had due to Elon Musk being at the helm. He drives rapid innovation, critical problem solving, and the company’s tremendous fan support. Anyone trying to get him removed from his position at the top of the company is, in my humble opinion, working against the interests of Tesla and against the interests of humanity. Don’t fall prey to that counterproductive messaging.

Overall, 2018 was Tesla’s biggest and best year ever, but every year in the coming decade+ should be a significant step higher. Get ready for plaid mode.

Scroll through the hundreds of Tesla stories we published in the past year for your own reflections on the cleantech leader of 2018.

And if you plan to get a Tesla, feel free to use my referral code for extra goodies: http://ts.la/tomasz7234 (or not).